'Once Upon a Time in the Frontiers' exhibition 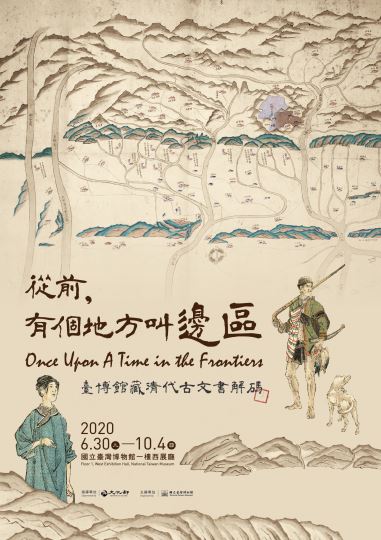 For the first time, National Taiwan Museum is showcasing two collections of rare historical documents -- Lahodoboo Documents (岸裡大社文書, also known as An-Li-Ta-She Documents) and Hengchun County/Hsien Documents (恒春縣行札) at the "Once Upon a Time in the Frontiers" exhibition from June 30 through Oct. 04.

Lahodoboo Documents (岸裡大社文書, also known as An-Li-Ta-She Documents) is a collection of official correspondences, ranging from private deeds, leases to employment contracts, from the Qing authority to the Pan family, a family of indigenous Pazah tribe (平埔原住民) appointed as chief tribe in central Taiwan during the 18th and 19th centuries.

The Hengchun County/Hsien Documents (恒春縣行札) is a collection of administrative orders issued by the Qing government to the corresponding officials in Taiwan, and the exhibition will be specifically displaying the Liu Ming-chuan (劉銘傳) documents during his tenure as governor of Taiwan Province (1884-1891).

On display are a total of 93 cultural pieces, including ancient documents, maps, historical relics, and aboriginal cultural relics through which visitors can explore the appearance and evolution of inland and mountainous inhabitant culture and society in Taiwan during the 18th and 19th centuries.

The utensils used in daily life by the mountainous aboriginal tribes are presented to reflect on the influence of ethnic interaction and evolution of social environment. Historical relics, such as boundary markers, honorary badges, and wage slips that were borrowed from the Han people, showcases the frontier interactions affecting social relations during this period.

The exhibition is presenting the development of society in the frontier regions through the display of cultural relics collected by the National Taiwan Museum. In addition to demonstrating the significance of the museum’s collection of cultural relics, the exhibition also highlights the social, cultural, and educational implications of Taiwan’s important cultural assets.