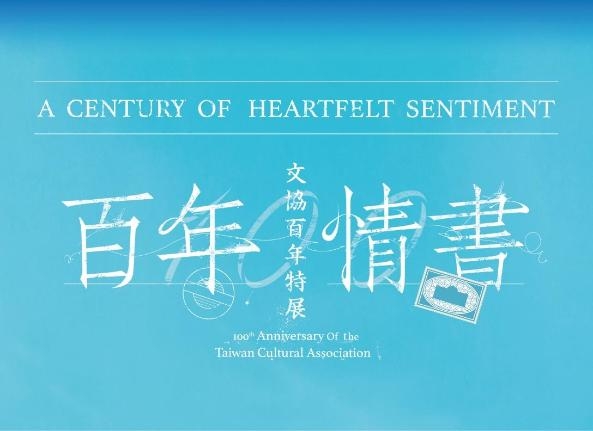 National Museum of Taiwan Literature (臺灣文學館) in Tainan on May 8 launched an exhibition titled "A Century of Heartfelt Sentiment (百年情書‧文協百年特展)" to mark the 100th anniversary of the Taiwan Cultural Association (TCA).

The exhibition presents works of writers, artists, musicians, actors, and dancers in three sections, telling "the impassioned pursuit of social sentiment" of the passionate intellectuals through six representative TCA members.

Secretary-general of the Ministry of Culture Chen Teng-chin (陳登欽) expressed his admiration for the NMTL for using a unique way to explore the history of the Taiwan Culture Association by curating a "love letter themed" exhibition.

Echoing the TCA's spirit of enlightenment a hundred years ago, the MOC will be launching a series of events on Oct. 17 in celebration of Taiwan Culture Day, Chen added.

Pointing out that Taiwan is facing many challenges nowadays, Chen, as encouragement, used a quote from writing of the representative Taiwanese poet and TCA member Lai Ho (賴和): "Only when we move forward, can there be light, direction, and hope; strength comes from partners keeping up and moving forward together."

NMTL noted that unlike the solemnity of previous literary exhibitions, "A Century of Heartfelt Sentiment" adopts a brand-new love letter theme, while featuring the six representative intellectuals of the TCA: Lai Ho (賴和), Yang Kui (楊逵), Lu Bing-ding (盧丙丁), Lin S.H. (林氏好), Chen Cheng-po (陳澄波), and Li Hsien-chang (李獻璋). The three sections touch on TCA’s cultural aspirations in 1920-1930, the pursuit of building intimate relationship between the intellectuals and the public in 1930-1940, and the forgotten legacy of the TCA a century later.

"A Century of Heartfelt Sentiment" will be on display until Jan. 2, 2022 at the NMTL.