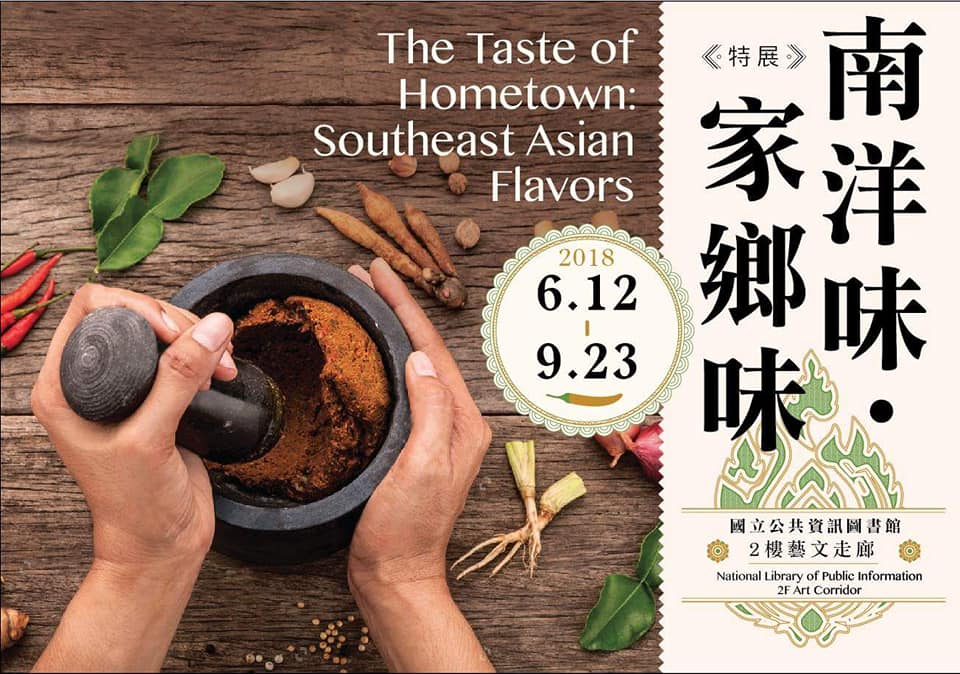 The Taipei-based National Taiwan Museum will host a special exhibition on Southeast Asian food culture from July 22 through Oct. 22, 2017. The exhibition will then travel to Taichung's National Library of Public Information for a special showing from June 12 through Sept. 23, 2018.

The exhibition will connect new immigrants from Southeast Asia with their hometowns through food, and help Taiwanese audiences learn about foreign lands.

Southeast Asia refers to the geographical region south of China and the water mass that covers South Pacific Ocean and Indian Ocean. The mainland portion of Southeast Asia was historically known as "Indochina" whereas its maritime counterpart was called "East Indies."

As Southeast Asia is situated in a tropical zone where produce grows abundantly, its people have used a host of spices to cook and preserve food so as to stimulate taste buds and boost appetite in the hot weather.

For instance, Thai cuisine is sour and spicy from the use of such herbs as kraphao (Thai basil), while Vietnamese cuisine often uses raw vegetables with fish sauce and coconut milk to make dishes with lighter flavors.

Indonesia and the Philippines, on the other hand, rely on exchanging goods through shipping. Thus, commonly seen dishes in the region are made of spicy preservatives mixed with grinded seeds and dry herbs like turmeric, galangal, cinnamon, cumin, and peanut.

Some other herbs that are used commonly in Southeast Asia, including cardamom, nutmeg, cloves, and black pepper, will be showcased at the exhibition as well.

In addition, the National Taiwan Museum has planted herbs such as pandan, kaffir lime, and thorn coriander at its Nanmen Park for visitors to see those plants up close.

The exhibition opened with a performance presented by VIT (Vietnamese-Indonesian-Thai) Dance Group (泰友印越舞蹈社). The ceremony also invited more than 20 new immigrants and second-generation immigrants to share their stories and favorite dishes.

As food is the most approachable and relatable item when encountering new cultures, he hoped that the Taiwanese public can learn more about the stories and cultures of new immigrants from Southeast Asia through food.

Guided tours, workshops, and food-tasting events will be also be held alongside the 3-month exhibition.