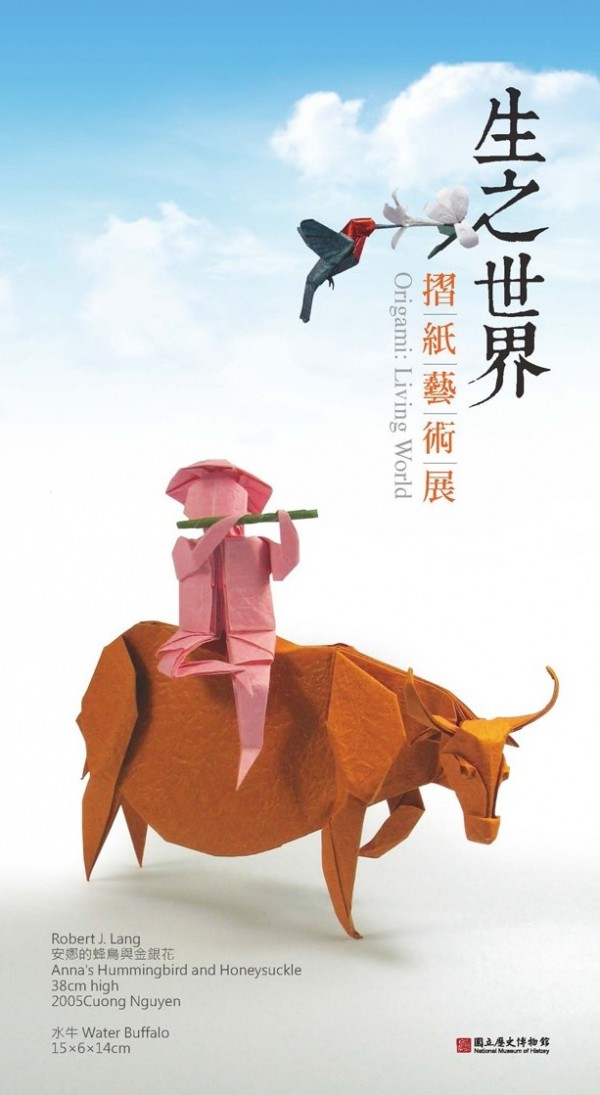 A joint exhibition aimed at raising eco-awareness through the beauty and fleetness of origami art will take place at the National Museum of History from Feb. 5 through April 17.

Noting that scientists and artist share similar discipline towards subject research, Peyton cited his own experiences in using geometric forms to solve scientific riddles and think outside the box.

The impermanence of his chosen medium also runs parallel with the future prospects of threatened ecology. "Paper looks fragile and temporary, just like the status of the animal populations and their habitat that I studied,” he noted.

Origami folders generally have free rein over their methods for transforming a flat square sheet into a finished sculpture, although purists disavow the use of cuts, glue, or markings on the paper. Moreover, the word origami is taken from the Japanese phrase for "folding paper,” but the origin of paper-folding art remains disputed.

While the medium of paper was invented during the imperial Han dynasty and the ceremonial burning of folded papers remains a time-honored Chinese tradition, Europe boosted a flourishing napkin-folding practice and Japan pioneered the mathematical studies of origami folds.