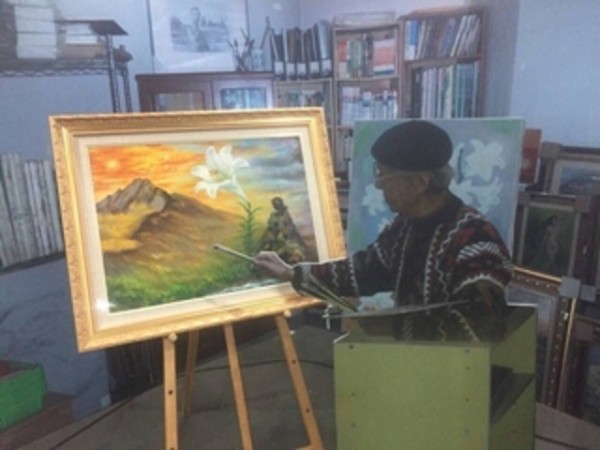 To commemorate the late artist Ouyang Wen (歐陽文) and his lifelong dedication towards the promotion of human rights in Taiwan, a special exhibition will be held at the Jing-Mei Human Rights Memorial and Cultural Park from Jan. 23 through June 15.

Organized by the Preparatory Office of the National Human Rights Museum, the exhibition will showcase a total of 40 representative paintings and nineteen photographs taken by Ouyang during his imprisonment on Green Island.

Ouyang, a notable photographer and painter, was born in 1924 and died in 2012. Inspired by fellow Chiayi-born artist Chen Cheng-po (陳澄波), Ouyang emerged as a promising young artist and his oil paintings were selected by the Taiwan Provincial Fine Art Exhibition for three consecutive years.

Ouyang's career as an artist came to a halt in 1950, when he arrested for participating in a Communist-affiliated organization. During the White Terror era (1949 - 1992), Ouyang was imprisoned for twelve years at Taiwan's outlying Green Island, where he recorded the lives of island residents in the 1960s with his camera.

After his release and return to Taiwan proper, Ouyang picked up painting again in the late 1980s. His later works differed from his early creations, as Ouyang focused on painting Taiwanese Lilies and buffalos to present the idea of hope and remind the public of the importance of freedom.