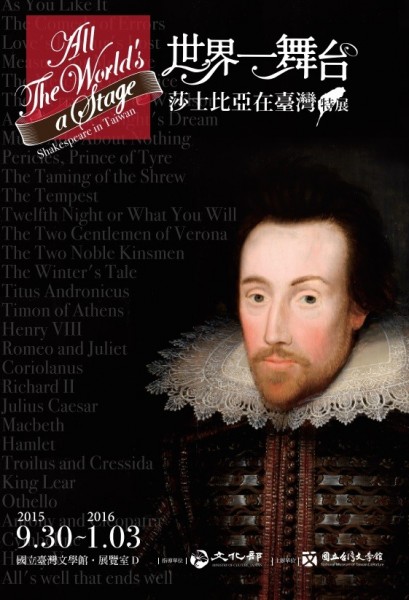 All the world's a stage,

And all the men and women merely players;

They have their exits and their entrances,

And one man in his time plays many parts….

The National Museum of Taiwan Literature and the Shakespeare Birthplace Trust have teamed up to present an exhibition on William Shakespeare's legacy - his life and identity, the literary merits of his works, and his cultural influence on Taiwan.

Shakespeare (1564 - 1616), one of the world's most famous writers to have ever lived, has enjoyed over four centuries of prominence, and his plays remain relevant for contemporary audiences today.

With precious antiques and photos loaned by the Trust, the Tainan exhibition will offer extensive Tudor elements to present the era that gave rise to Shakespeare. There are a dozen items from two centuries ago, including a marble bust of Shakespeare and porcelain printed with Shakespearean characters.

A selection of Shakespeare's early works, French volumes published in the 18th century, contemporary translations, and theatrical adaptations will be showcased as well.

With the help of over a dozen local theaters and the Chimei Museum, the exhibition will also offer a unique Taiwanese section featuring costumes, stage stills, props, and posters of Shakespearean plays that were adapted by Taiwanese theaters such as Contemporary Legend Theatre, Taiwan Bangzi Opera Company, and Shakespeare's Wild Sisters Group.

Interviews with 18 artists from different fields have also been produced for this occasion. The interviewees include directors, performers, scholars, writers, and stage crew members who will share their experiences and thoughts on Shakespeare.

The famous dramatist is accepted, understood, and has great influence in Taiwan. The spirit of Shakespeare has been fused with many Taiwanese art forms, becoming a part of local culture through research and performances.

"All the World's a Stage: Shakespeare in Taiwan” is part of the global celebrations commemorating the 400th year of Shakespeare's death in 2016. 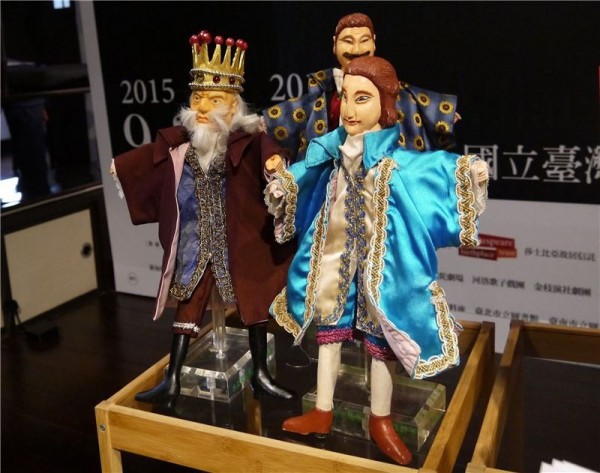