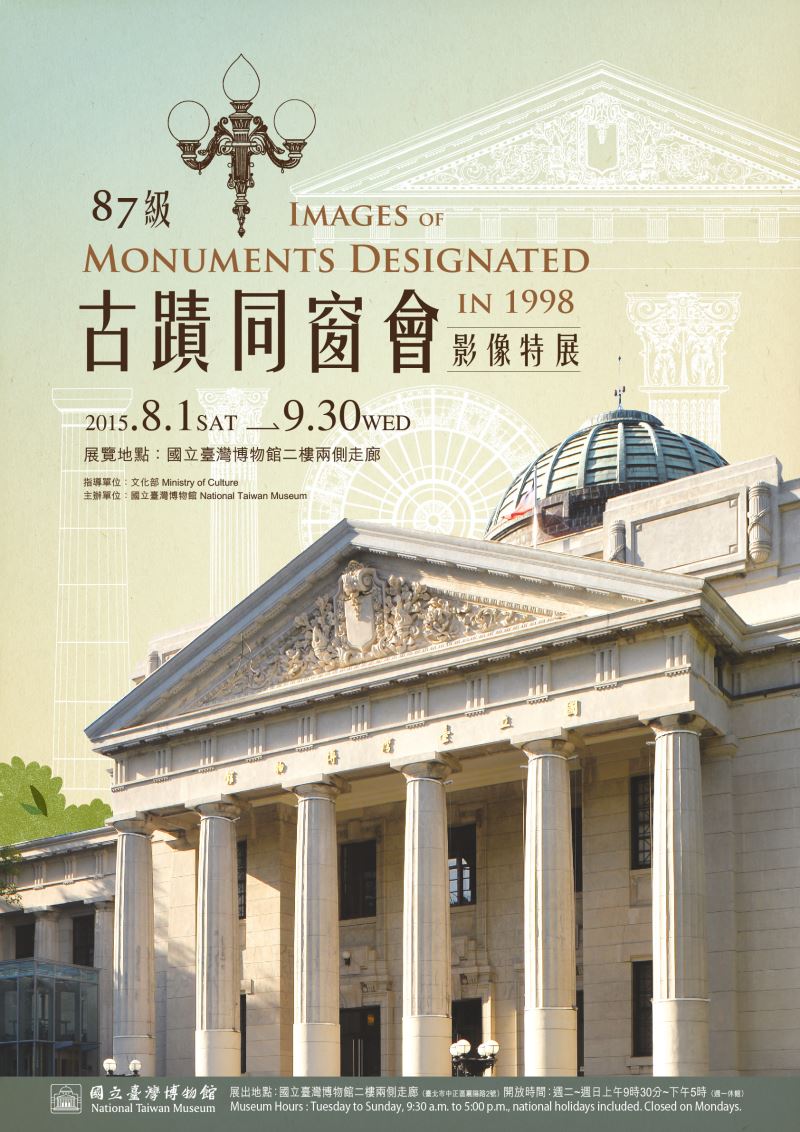 The first group of monuments and buildings to receive designation as national heritage in Taiwan will be showcased in a special exhibition at the National Taiwan Museum from Aug. 1 through Sept. 30.

The Cultural Heritage Preservation Act promulgated in 1982 paved the way for systematic governance of Taiwan's tangible and intangible heritage. The Act enabled the government to make the unprecedented move in bestowing the title of national monument to 87 historic buildings across the island in 1998.

The official recognition meant more exposure and resources for the sites, and the landmark decision was considered invaluable towards raising public awareness. In the growing support for preservation over urban development since, a total of 819 national monuments have been registered by June 2015.

The National Taiwan Museum, the exhibition organizer, is a 1915 building that received its national monument status in 1998. Other members of the class of 1998 include similar buildings built under the Japanese occupation, such as the Presidential Office (總統府), the Bank of Taiwan headquarters (臺灣銀行), and the Judicial Office Building (司法大廈) on Chongqing N. Street.

The exhibition will also offer contrasting old and contemporary photographs of the old wing of the NTU Hospital (臺大醫院舊館) on Changde Street; Taipei Guest House on Ketagalan Boulevard (臺北賓館), the Control Yuan (監察院) on Zhongxiao E. Road; and the Monopoly Bureau (專賣局) on Nanchang Street.