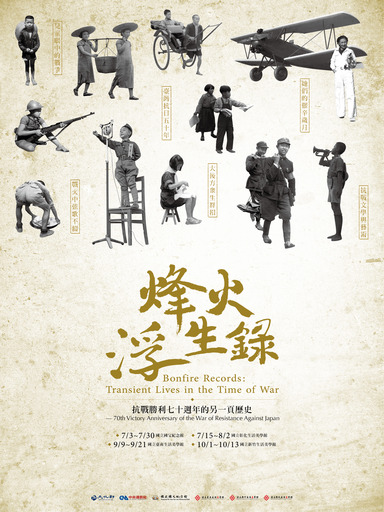 The year 2015 marks the 70th victory anniversary of the War of Resistance Against Japan and the Retrocession of Taiwan, as well as the 70th anniversary of the end of World War II. The war itself is not praiseworthy because the face of war has always been ugly for both the victims of aggression and their aggressors. Instead, this special exhibition commemorates the wartime generation - soldiers on the battlefield, displaced refugees and orphans, women who took up production work, and the military and civilian casualties, all of whom played an important role in the chapters of history.

According to conservative estimates, some 35 million people were killed or injured throughout China during the War of Resistance Against Japan, including more than 3.21 million Chinese soldiers. Although the 8-year war is a distant page in the country's history for the latter generations growing up in peacetime, one should not forget that great generation who had fought for the continuation of the Chinese lifeline in a crucial victory that made peace, stability, and affluence possible today.

In "Bonfire Records: Transient Lives in the Time of War,” a special exhibition commemorating the 70th victory anniversary of the War of Resistance Against Japan, the leading roles are ordinary people, not the political leaders who made decisions on national policies or the military generals strategizing on the battlefield.

Through the exhibition sections of "Milestones of the War of Resistance,” "War in the Eyes of Children,” "Education During the War,” "Her Difficult Years,” "Life on Home Front,” "Literature and Art Related to the War of Resistance,” and "The Fifty-Year War Against Japan on Taiwan,” respect is paid to the people of that great generation. Their spirit of perseverance that eight years of war had failed to dampenwill lead to adeep reflection on the world's peaceful development on the part of today's generation.

In addition, to commemorate the Retrocession of Taiwan, the wartime photography exhibition is also accompanied by a memorial sectionon the late social activist Chiang Wei-shui (蔣渭水). The section will include portraits of Chiang by renowned oil painter Liu Yang-che (劉洋哲), a detailed diagram of major social movements instigated by Chiang, and related news reports and articles that highlight Chiang's irreplaceable role in the rise of the Taiwanese consciousness. 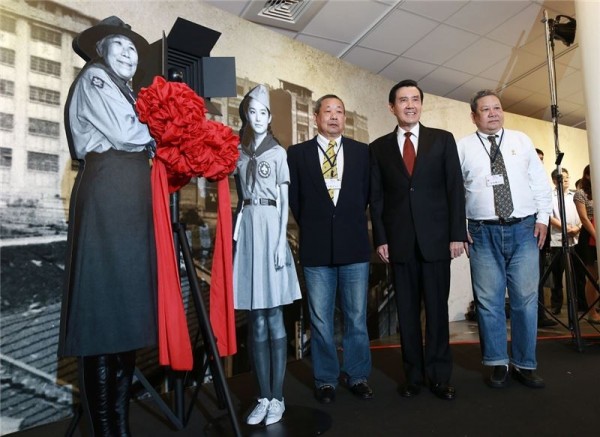