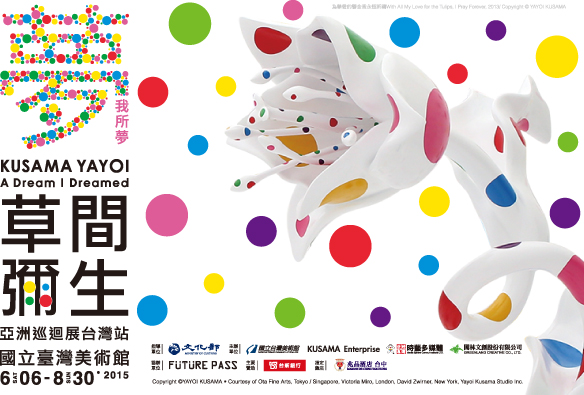 A retrospective exhibition on famed Japanese surrealist Kusama Yayoi (草間彌生), an avant-garde artist known for her obsessive use of rainbow-colored polka dots, will be hosted by the Taichung-based National Taiwan Museum of Fine Arts from June 6 through Aug. 30.

Born in 1929, the Nagano native rebelled against the rigorous formal style used in traditional Japanese artistry and found solace in the abstract of Western expression. She relocated to the United States at the age of 27, becoming a fixture of New York modern art for her psychological-themed and sexually charged artworks.

Her signature polka dots motif, which she uses to cast "infinity nets” of never-ending space, was often accompanied by the use of mirror rooms, pumpkins, and flowers at varying stages of expansion and obliteration. She also organized live events in which the naked body was used as the canvas for expression.

Now at the age of 86, Kusama remains a prolific artist who has worked with literature, fashion, film, and immersive installation. In recent years, she has chosen to work with acrylic and reinforced plastic, producing monstrous flowers and vegetation for outdoor installations.

The Taichung leg of the international exhibition tour encompasses 118 iconic sculptures and installations by Kusama, including the whole-room experience offered by her "Infinity Mirror Room” series, and the abolition of borders and boundaries by fluorescent lights dancing in black-lit space. 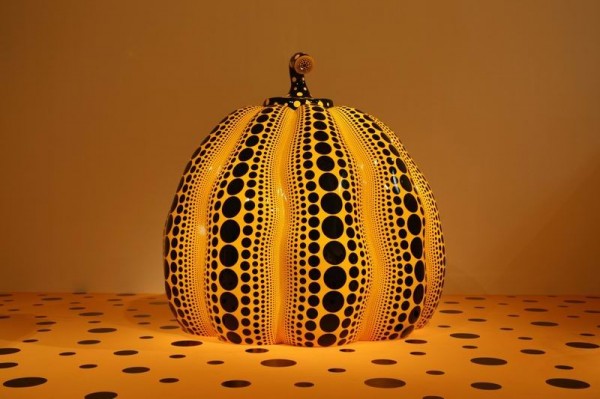 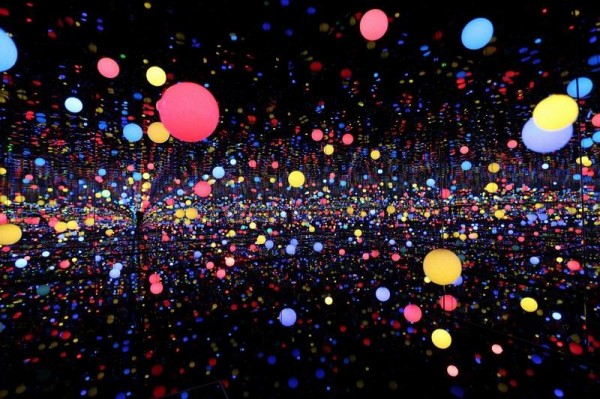 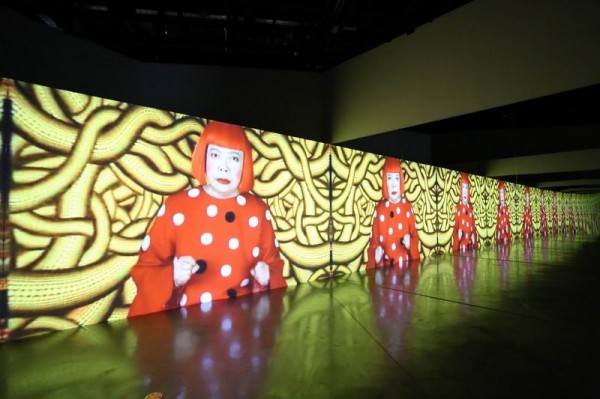