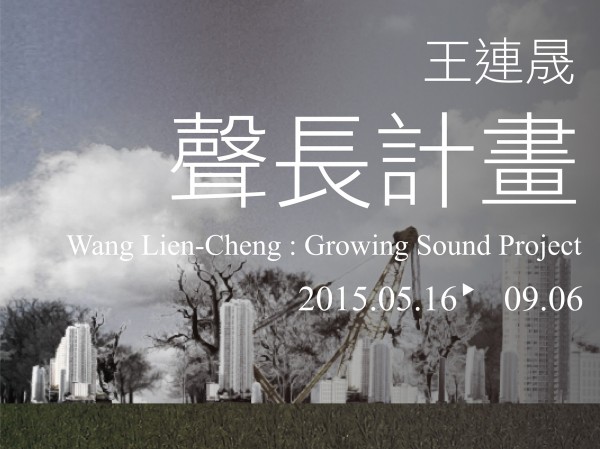 Taiwanese artist Wang Lien-cheng (王連晟) attempts to visualize the connection between acoustics and awareness of one's surroundings through the "Growing Sound Project,” which will be staged at the National Taiwan Museum of Fine Arts from May 16 through Sept. 6.

In the "Growing Sound Project,” Wang cites French philosopher Roland Barthes, who breaks down the act of listening into three stages - alerting, deciphering, and responding. The third stage, in which deciphering the source of sound affects the person's response, is what Wang hopes to expound on.

Equipped with an algorithm that will scale objects based on the loudness of noise, "Growing Sound Project” encourages the audience to decipher the sounds they make and to create further impact. The interactive installation will thus "grow” objects such as a green tree into a withered tree, a house into a skyscraper, and a forklift from money to garbage.

Wang's project is one of the winning submissions to the museum's 2015 Digital Art Creation Competition.