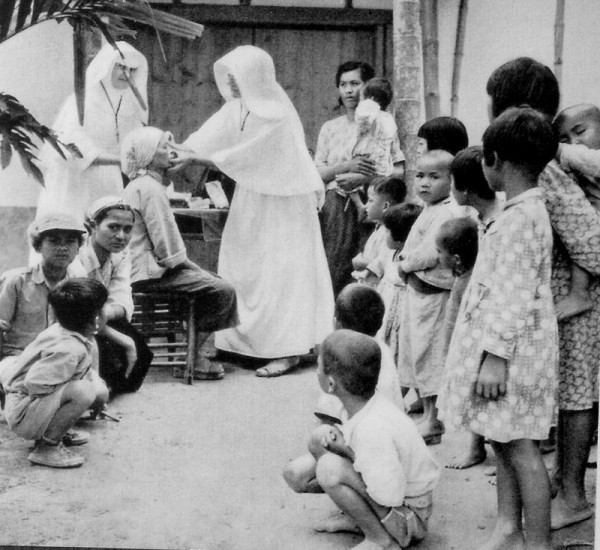 A photography exhibition organized by the National Taitung Living Arts Center featuring more than 100 photos will present touching stories about the selflessness and quiet dedication of the Sisters of Mercy of the Holy Cross in eastern Taiwan.

Following last year's exhibition on the Bethlehem Mission Society in Taitung, this year's "Silent Silhouettes: 60 Years of Reflection — The Holy Cross Sisters in Taitung (1955-2015)” focuses on showcasing notable contributions by foreign members of the Catholic congregation who have nurtured this land and its people for 60 years.

In addition to missionary work, they cooperated with priests of the Bethlehem Mission Society and traveled across Taitung, providing various services such as setting up hospitals, nursing homes, clinics, and student dormitories, and taking care of the elderly and poor. They made a great impact on local people's lives in those poverty-stricken times.

Having accompanied the people of Taitung for more than 60 years, many elderly sisters have chosen to remain in Taiwan instead of returning home. To commemorate their charitable deeds, Taitung native Chao Chuan-ming (趙川明) has painstakingly collected many precious images in the hopes of preserving the historic records of the region. 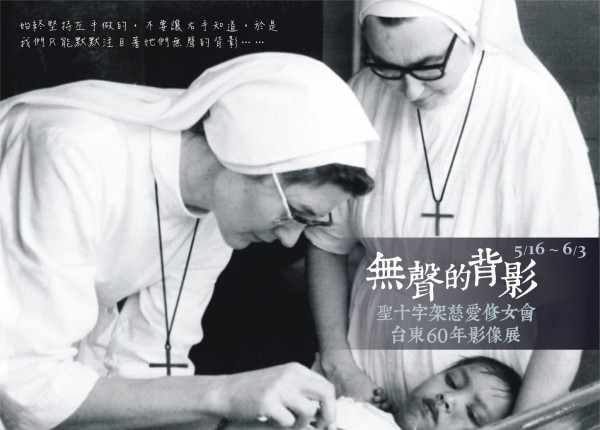