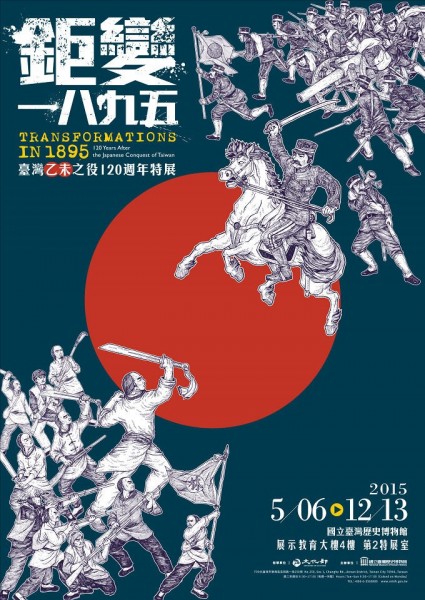 To mark the 120th anniversary of the Japanese Conquest of Taiwan (乙未戦争), the Tainan-based National Museum of Taiwan History has organized an exhibition from May 6 to Dec. 13to introduce how people with different cultural backgrounds and socioeconomic positions viewed the era of 1895.

In 1894, the First Sino-Japanese War (甲午戰爭) broke out between Qing Dynasty China and Meiji Japan, resulting in the cession of Taiwan to Japan. In the face of imminent Japanese rule, Taiwanese people fought to resist Japanese occupation in 1895 but met their defeat after six months of guerilla warfare.

Through this exhibition, it can be seen that the Japanese Conquest of Taiwan in 1895 represented totally different things to different people. For Qing Dynasty officials, it was a war in which they had hoped to keep Taiwan a part of Chinese territory by all means; for Japan, the First Sino-Japanese War and the Japanese Conquest of Taiwan heralded the rise of Japanese nationalism; for agitated Taiwanese intellectuals, the course of the war had prompted a blazing trail of records and manuscripts; for Taiwanese merchants, Japan was a reliable modern country compared to Qing Dynasty China and symbolized a more stable kind of life; and for the ordinary Taiwanese people, the war only brought upon more suffering.

"Transformations in 1895: 120 Years after the Japanese Conquest of Taiwan” offers four sections:

"From the First Sino-Japanese War to the Eve of Taiwan's Cession” includes a series of publications on Taiwan published by Japan before and during annexation. These materials, which are a mixture of creative imagination and actual survey data, provide context for foreign expectations of the isle during the 19th century.

"Japanese Conquest of Taiwan” offers a display of relics belonging to the Republic of Formosa (臺灣民主國), including its national flag, postage stamps, and official bank notes. There are also two sets of names — those who chose to fight against the Japanese occupation to defend their homeland, and those who chose to cooperate with the Japanese authorities for the sake of social stability. The latter list was complied by the Bureau for the Protection of Women and Children (保良局).

"Let's Talk About the Japanese Conquest of Taiwan” presents contrasting viewpoints on the war from the perspectives of Japan, the Qing Dynasty, Taiwanese factions, and Western observers.

"Return of 1895” attempts to reproduce the sentiments associated with the eraand the beliefs held by those who lived in 1985by using materials other than official historic records. 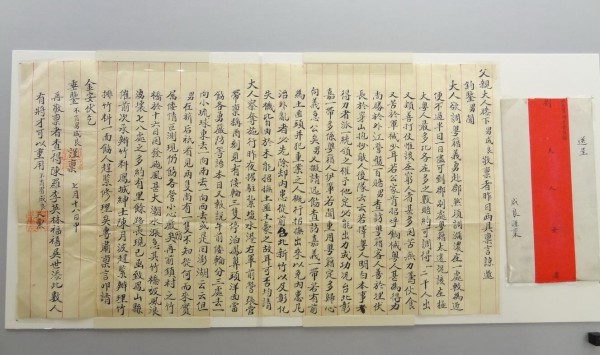