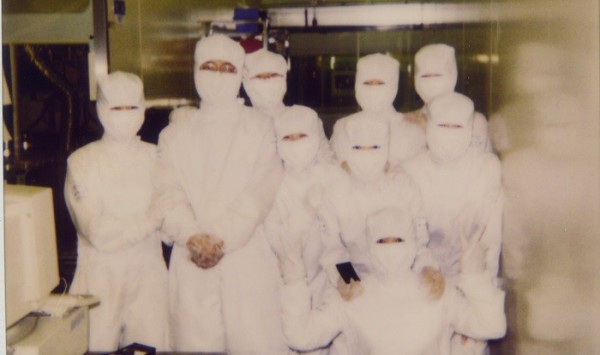 The annual Taiwan International Documentary Festival (TIDF) will kick off its island-wide tour on April 11 in Taichung City. The five-month-long festival is set to screen award-winning films from the festival's competitions, productions by featured directors, and selected ones from different programs.

The film festival tour organized by the Bureau of Audiovisual and Music Development and the Taiwan Film Institute aims to promote documentaries. This year, the tour theme is "Re-encounter Reality.” The former suggests the possibility to fully understand the past and then develop new perspectives; the latter refers to how documentaries can help stimulate more candid discussions and allow people to see the world from a different point of view.

This year's featured filmmakers are Japan's Shinsuke Ogawa and American independent filmmaker Alan Berliner. A retrospective will screen two of Ogawa's films while another program will display three Berliner movies.

There is also a special section titled "Reel Taiwan 1951-1965” that will bring to light four historic propaganda films made by the Kuomintang party, which ruled Taiwan for decades from 1949 onwards until it lost the presidential election to the opposition party for the first time in 2000.

Several short films described as hard to categorize are on the list of the "Stranger than Documentary” program, including "The 561st Hour of Occupation,” which chronicles a student-led occupation of Taiwan's parliament for more than 24 days in 2014 in a protest over the passage of a controversial service trade pact with China, which they believed was negotiated without public oversight.

The festival, which is scheduled to tour six cities for 10 days each, will be presented like a complete festival, with screenings at cinemas and appearances by foreign filmmakers, as well as forums and workshops to provide more opportunities for interaction between audience members and filmmakers.

The other five legs of the tour are Hualien, Yilan, Tainan, Hsinchu, and Kaohsiung. 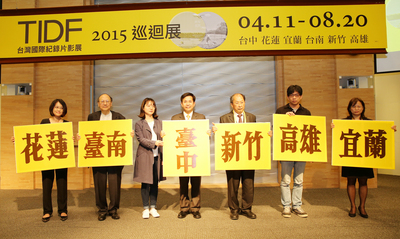