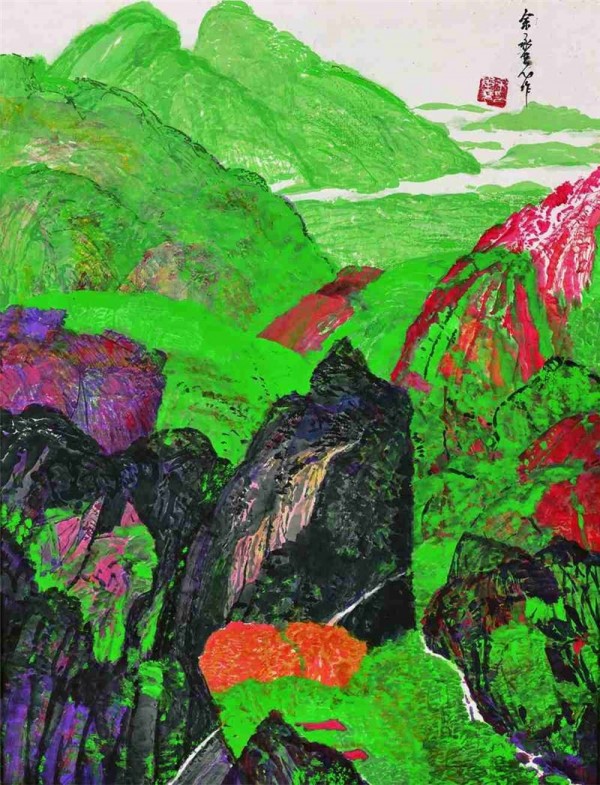 A retrospective on the late Yu Cheng-yao (余承堯), a former military commander and self-taught artist who relocated with the Chinese Nationalist government to Taiwan in 1949, will be held at the National Museum of History from April 9 to July 17.

Born in China's Fujian Province, Yu (1898 - 1993) lost his parents during childhood and joined the army to secure economic livelihood. His dedication won him a sponsorship to study military strategy at the Imperial Japanese Army Academy, and upon his graduation, he returned to China to lead many battles throughout a stellar military career lasting more than two decades.

He retired at the rank of lieutenant general but was unable to move his family out of China during the post-civil war turmoil. He eventually came to terms with solitary life in Taipei, running a Chinese medicine shop and spending his leisure time reading, writing, and painting about memories of his homeland.

Despite no formal training in the arts, Yu drew inspiration from his military travels and was able to re-create China's landscapes in great detail. His unconventional brushstrokes coupled with realistic compositional elements gave rise to a unique contemporary twist on traditional Chinese ink wash paintings.

His talent was uncovered by art historian Li Zhu-jin (李鑄晉), whose presentation of Yu's works at a joint exhibition in the United States won the artist critical global acclaim in 1966. In carrying forth his artistic legacy, the National Museum of History will offer more than 100 of Yu's creations at the three-month retrospective.