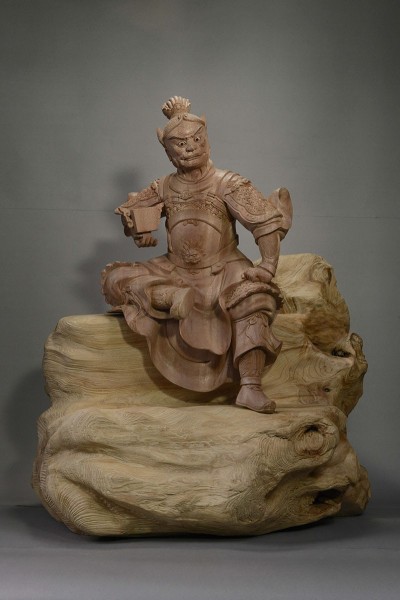 The National Center for Traditional Arts has organized the fifth edition of "The Inheritance of Craftsmanship” exhibition series to showcase three families who have devoted several generations to the art of Buddha statues.

The production of deity statues is literally known as "decorating the Buddha (粧佛),” named so for its encompassment of molding, re-shaping, and painting — from the facial features down to the flow of sleeves, crease of garments, and the alignment of the lotus stand.

Moreover, while the most common base material used is either wood or clay, the finishing touches are done with raw lacquer. The coating encases the statue, preventing mildew or scratches while maintaining a glossy sheen. Raw lacquer, however, strongly irritates the skin, giving rise to the occupational hazard of "lacquer bites (漆咬).”

Despite the high degree of difficulty and low level of public appreciation for the art, three families across Taiwan remain devoted to the craft that has fed and clothed them for generations — The Lin Family in Tainan City, the Ye Family in Taichung City, and the Shi Family in Lukang Township.

Established by patriarch Lin Heng-chen (林亨琛, 1896 - 1969), the Lin Family in Tainan specializes in Fuzhou-style Buddhist statuary decoration. The current head of the family, Lin Zhen-nao (林貞鐃, 1953 - ), is the third generation in a long succession of deity statue makers who adeptly integrates clay-modeling techniques with wood-sculpturing skills.

Ye Yong-zhu (葉勇助, 1939 - ) and his two sons are among a handful of Taiwanese craftsmen who have mastered the technique of bodiless lacquerware (脫胎粧佛). The process, also known as "rebirth,” removes the clay body after the outer layer of gauze sets, leaving behind only a thin shell of lacquer-laced fabric waiting for embellishment.

Hailing from Taiwan's cradle of craftsmanship, Lukang Township, Shi Xiu-li (施修禮, 1903 - 1984) trained as a wood sculptor before taking on the deity statue trade. His dexterity with the sculpting knife gave rise to the honorific "Xiu Li of the Knife (神刀施禮),” and his son Shi Zhi-hui (施至輝, 1935 - ) has succeeded both his trade and knife.

The exhibition held at the NCFTA headquarters in Yilan will run from April 2 through Dec. 6, 2015. More information can be found at:www.ncfta.gov.tw/events/inheritance5/. 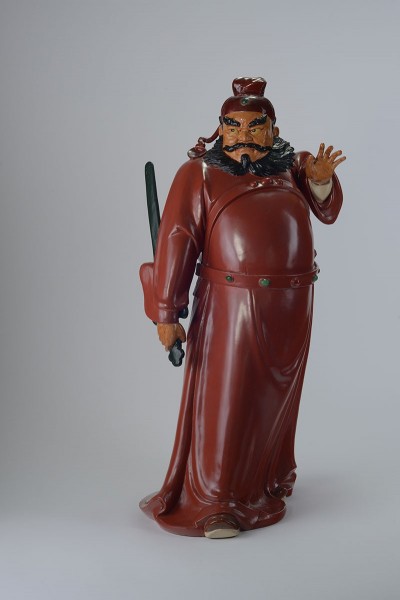 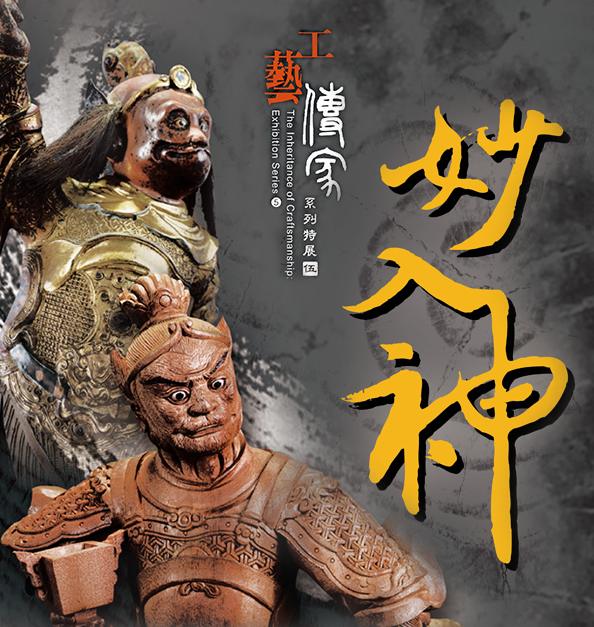 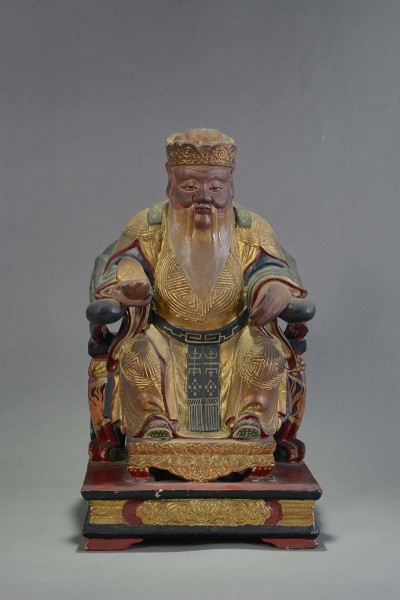