Art Stock 20, an art village in Taichung City, is presenting a joint exhibition of its resident artists this year from March 14 to April 26. The exhibited artworks range from paintings, installations, accessories, images, and ceramic sculptures to live performances.

The Bureau of Cultural Heritage, which runs Art Stock 20 since 2000, holds an annual open call for its art residency program. The artists in residency, which include both well-known and up-and-coming artists, present impressive new works every year, according to Bureau Director Shy Gwo-lung (施國隆).

This year's exhibition, titled "Region/Hell, Fairyland/Heaven,” presents how the artists look at the venue, which is a renovated historic railway depot.

To this end, the Taichung Kan African Drum and Dance Theater (台中腔非洲鼓舞樂團) created replicas of Baobab trees made from recycled paper and incorporated cheerful Mandengmusic from Africa with its performances.

The program also includes the 20% Experimental Theater's (20％實驗劇坊) "Blood on a Cat's Neck,” which portrays an alien's trip to the Earth and a series of chaotic situations during its stay.

Chiu Tai-kuan (邱泰寬) has created a mysterious venue with installations, paint, and images where toys are sealed in transparent jugs. The sealed objects symbolize the emotional trauma that people do not want to reveal.

Rounding up the featured list is resident painter Liu Sen-yung (劉森湧), who is showcasing his "Still Life” series done in a surrealist style with digital images.

Detailed Chinese information on each of the eight resident artists can be found on the Art Stock 20 website: http://stock20.boch.gov.tw/showartslist.php?yr=15. 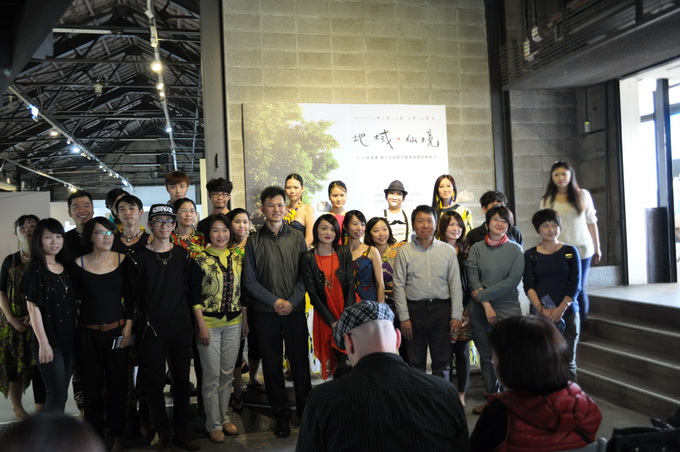