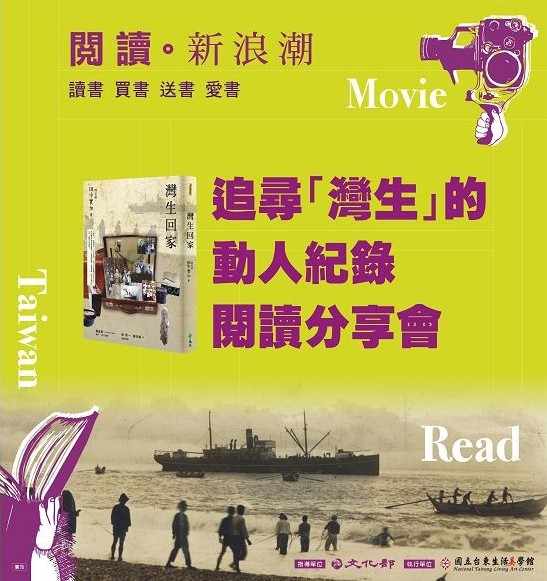 To promote the habit of reading and shed a unique light on Taiwan-born Japanese people, the Taitung National Living Art Center will organize a reading session on Nov. 30 as part of the "New Wave of Reading” program.

For many of the Taiwan-born Japanese people, they consider the Taiwan island as their homeland. Yet, more than 400,000 Japanese expatriates in Taiwan were hurriedly sent back home after the Sino-Japanese war ended in 1945. For them, that was a heart-breaking separation with their loved ones. Some children were left behind and ended up without families their whole lives. Others returned to Taiwan in attempt to look for their childhood friends.

When they were forced to leave Taiwan, many thought they were leaving just for a short while, but some died on vessels sunken by the American fleet's attack. These expatriates suffered another blow when they were treated as second-class civilians by Japanese authorities, so many chose to conceal their background forever.

Tanaka began the project first by visiting her grandma's friends in Japan and helping them look for family from whom they had been separated for decades. The author also helped another 100 expatriates find their childhood homes in Taiwan. Tanaka has also made a documentary of the same title as the book that is scheduled for release next March.

The reading session will be the "New Wave of Reading” program's final event of the year. The program is aimed at promoting reading and upholding the right of cultural participation for new immigrants, indigenous people, and other disadvantaged groups. It invites authors to meet readers in person and to talk about their writings.