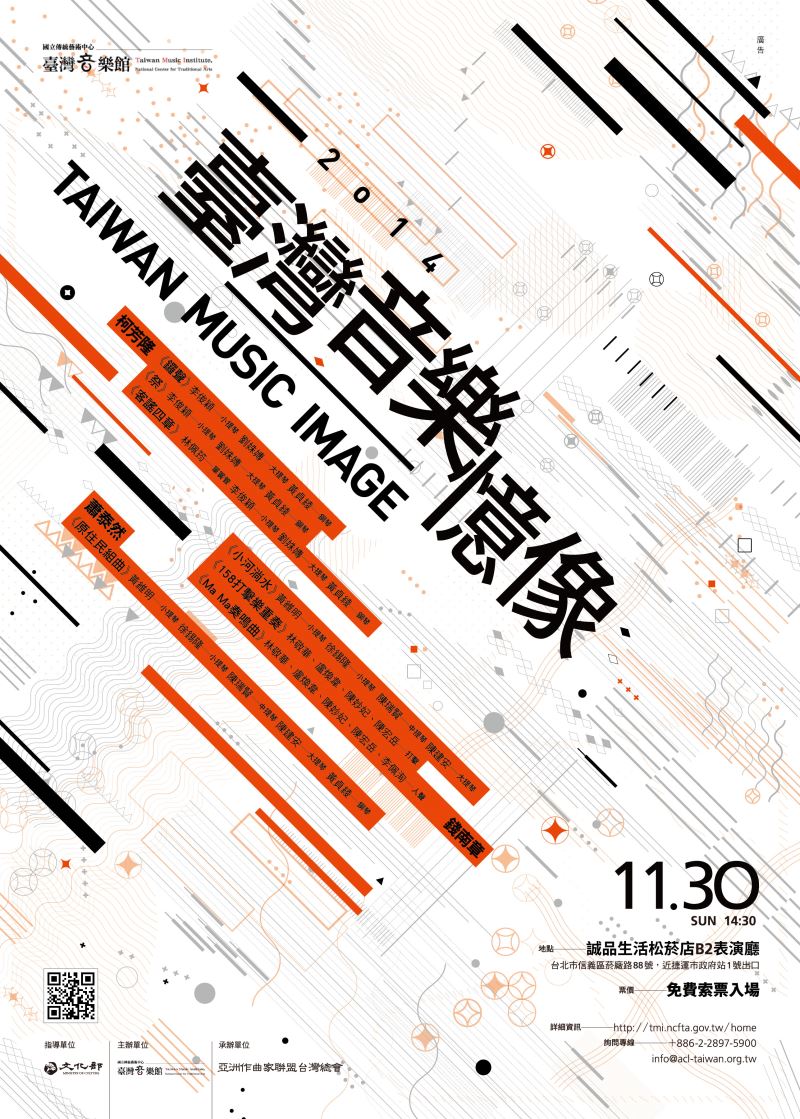 Hsiao is a masterful composer who has inherited the romantic spirit of Western classical music. Using the techniques of Western composers, his creations are based on his care for the land and its people to reflect the importance he attaches to democracy and freedom. Hsiao also evokes the spirit of Taiwanese folk songs, showing harmony in conflict and struggle in calmness. By using music to demonstrate the nation's powerful vitality, he has won the Golden Melody Award for Best Composer in the Traditional Category three times.

A teacher and composer, Ke has committed to music creation for four decades, integrating Eastern traditions with Western techniques and his personal characteristics with local elements. He has performed in Germany, France, Hong Kong, and the United States, where his music works based on the melody of folk tunes have left a distinct impression of Taiwan's native melodies and pious folk rituals.

The prolific Chien has created diverse works, from folk song arrangement, instrumental solo, and chamber music, to opera and grand symphony, with rigorous dedication but without losing innocence. In particular, his works are loved and affirmed by music fans and musicians. When his works are being played, the performers often add gestures such as clapping and stomping to present a very theatrical performance.

Since 2013, the Taiwan Music Institute under National Center for Traditional Arts organizes an annual "Taiwan Music Image” series of activities, including research and preservation, collections and publications, seminars, exhibitions, and performances, to present the fruitful achievements while preserving the precious development of Taiwan's music heritage.