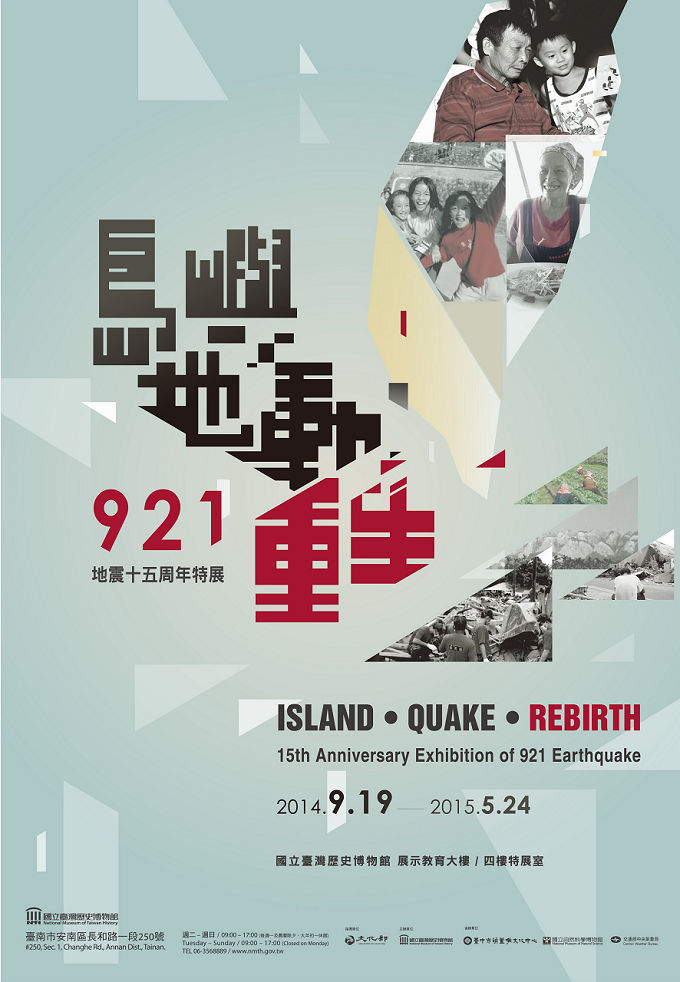 The magnitude-7.7 earthquake that struck on Sept. 21, 1999 has since irreversibly changed the physical, social, and economic landscape of Taiwan. In light of the catastrophe's 15th anniversary, the National Museum of Taiwan History will examine the earthquake's legacy in a special exhibition from Sept. 19 through May 24, 2015.

As the second-deadliest quake in Taiwan's recorded history, the 9/21 earthquake struck a sleepy nation at midnight hours, triggering over 12,000 aftershocks, killing more than 2,000 people, and displacing over 100,000 survivors. Financial damage was estimated at NT$300 billion (US$10 billion), and some reports placed the overall economic cost of the quake to be equivalent to 10% of the nation's GDP in 1999.

To breakdown the earthquake's ongoing role in shaping Taiwan's modern consciousness, the exhibition is comprised of four sections — "The Cradle that Rocks,” "The Aftershock of Memories,” "Return to Stability,” and "Rebirth of an Island.”

The first two sections will examine the crisis response and humanitarian aid on both domestic and international scales, as well as record the surviving tales of victims who had to wait in uncertainty for news on their loved ones and other personal reflections on the life-altering event.

The latter two sections deals with reconstruction and contemplation, in which society and individuals are forced to rethink the human relationship with land and other natural forces, reprioritize sustainability over economic development, and prepare for the inevitable Next Big One.

Although the 9/21 earthquake devastated the nation, it also ushered forth the rebirth of value systems and a new level of respect for the environment. It also offered a glimpse into a future where communities and local identities are strengthened by overcoming adversity. Enjoy the clarity provided by hindsight atthe special exhibition that will run in Tainan until March 2015. 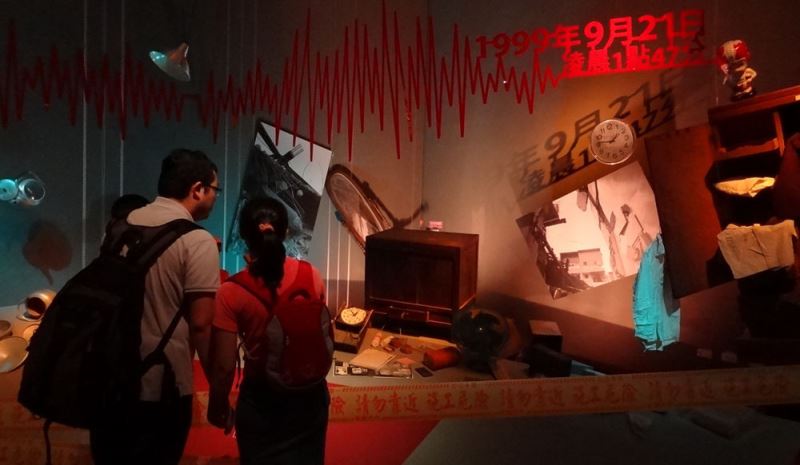