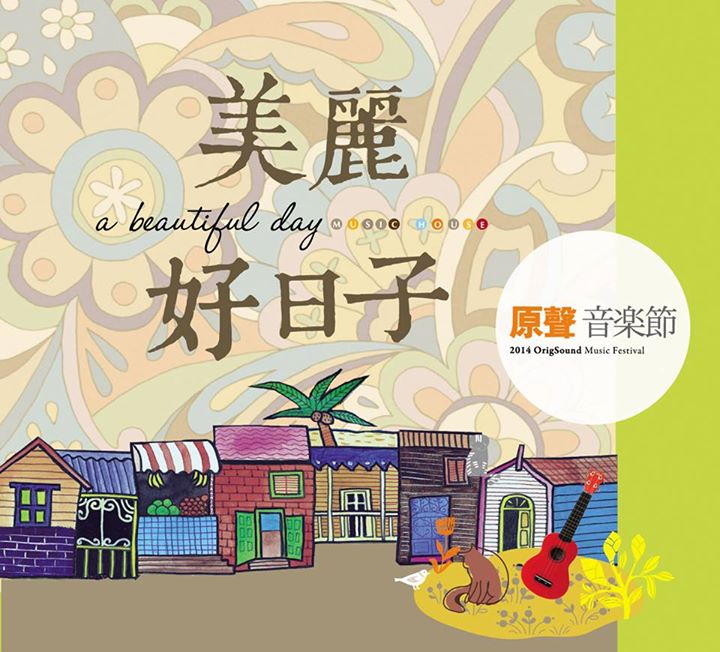 The 2014 Original Sound Music Festival — stylized as OrigSound — will take off at Hualian's A-Zone Cultural Creative Industries Park from Sept. 13 through 21.

Established in 2009 to promote the creation of original music, OrigSound gathers both well-known singers and local indie bands in a weeklong celebration of music and heritage. The event is also accompanied by related exhibitions and forums.

Singer-songwriter Chang Chen-yue (張震嶽), the spokesperson for this year's event, introduced the 2014 theme as "A Beautiful Day,” a description that befits the unbeatable scenery of coastal Hualien, he noted.

As a Hualien native, Chang explained that he has written several songs inspired by local panorama and people, including the award-winning album "I Am Ayal Komod,” a 2013 production named after his Amis roots.

Singer Suming Rupi (舒米恩), also of the Amis tribe, appeared as well in a Sept. 9 press conference held to promote the upcoming concert. He revealed that he will be writing a brand-new song for his performance, which will be a rock-and-roll tune featuring young singers from the local Dulan region.

Suming also presented words of encouragement to indigenous youths from the resource-sparse regions of Hualien, stating that "youth is the best resource. Dare to realize and present your creativity, for music knows no boundaries.”

More information can be found at: 2014origsound.streetvoice.com. 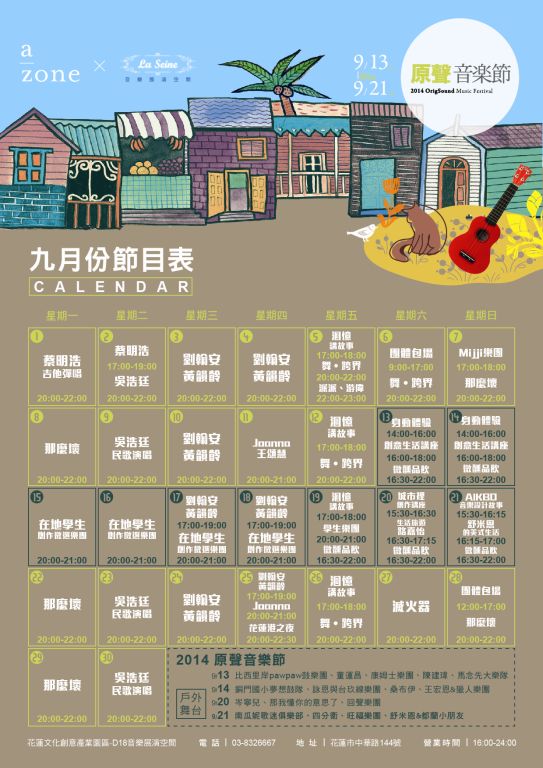 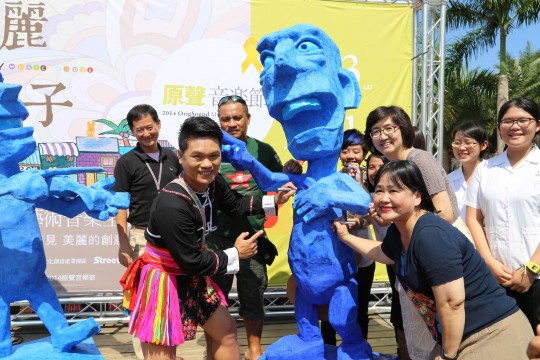 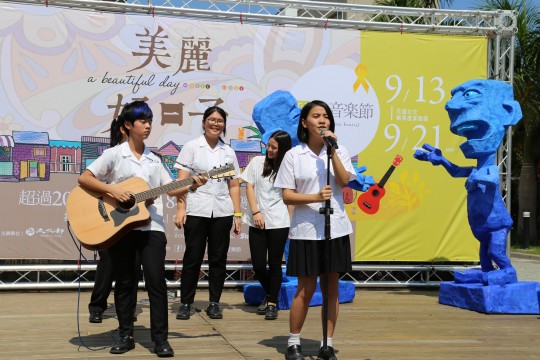