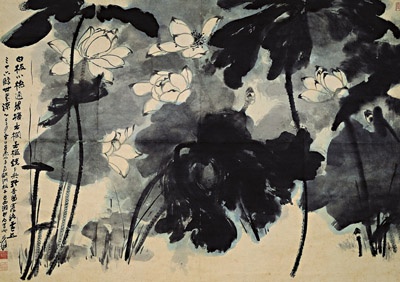 The 30th anniversary of the death of prodigious painter and savant Chang Dai-chien (張大千) will be commemorated in a memorial exhibition held by the National Museum of History between Sept. 5 and Nov. 23.

Born in Qing Dynasty-era China, Chang was a prolific artist whose creative merits have been compared to those of Pablo Picasso. An avid traveler and a voracious art collector, Chang broadened his horizons through items purchased during his travels to Japan, Argentina, Brazil, and the U.S. West Coast, before finally settling in Taipei in 1978.

Well-trained in the traditional ink wash painting style, the veteran painter later became even more renowned for his impressionist works and self-developed "ink-flinging” paintings. His much-published and ill-deserved fame on forgery, on the other hand, mostly stemmed from his scrupulous practice of studying famous paintings by the means of employing the same techniques and materials.

To help present a wholesome collection of Chang's diverse array of creations, the National Museum of History has enlisted the help of China's Jilin Province Museum and Sichuan Museum to hold the memorial exhibition on the anniversary of Chang's 30th passing.

The combined efforts of the three museums have culminated in more than a hundred paintings, including a roomful of lesser-known earlier works. The traveling exhibition began in China in 2013, the year that marks the 30th year of Chang's death, and willbe displayed for two months at the National Museum of History in Taipei.