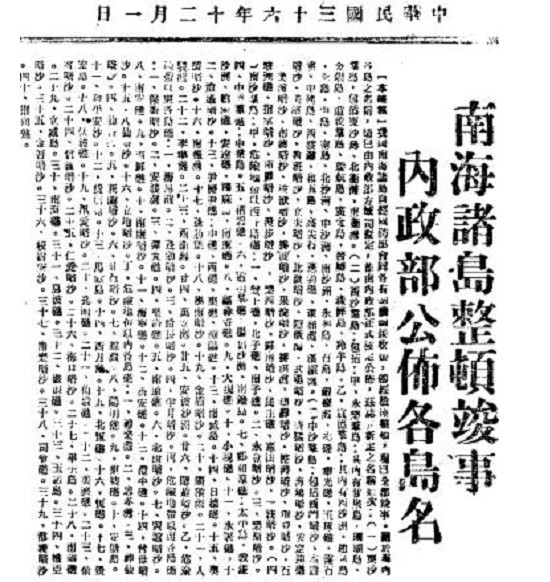 A special exhibition on the Republic of China's southernmost islands, featuring photos and documents that provide the basis for the country's claims over the South China Sea, will take place at the National Chiang Kai-shek Memorial Hall from Sept. 1 through Oct. 31.

The exhibit features 150 documents and maps and over 300 photos from government files and soldiers who have served in and around the internationally disputed waters, home to hundreds of uninhabited and resource-rich islands that are up to 1,000 kilometers southwest of Taiwan.

Along with maps and other relevant documents that took two years to gather, visitors will be able to see photos dating back to when the R.O.C. government was still based in mainland China — including one from Dec. 12, 1946, the day R.O.C. forces took control of Taiping Island, the largest of the Nansha (Spratly) Islands.

The R.O.C. government still maintains sovereignty over that sea and its islands based on historical evidence of a Chinese presence in the area stretching back for centuries.

Taiping remainpart of R.O.C. territorytoday, but the surrounding region is contested by China, Vietnam, the Philippines, Malaysia, Indonesia, and Brunei. While China has mobilized its navy to defend its claims, Taiwan has called for rational discussion and joint exploration of the available maritime resources.

'The Exhibition of Historical Archives on the Southern Territories of the R.O.C.' will be shown in Taipei concurrently at the Chiang Kai-shek Memorial Hall and the Academia Historica, Taiwan's national archives. A second related exhibit will open in Kaohsiung on Oct. 9, followed by one in Taichung on Nov. 17. 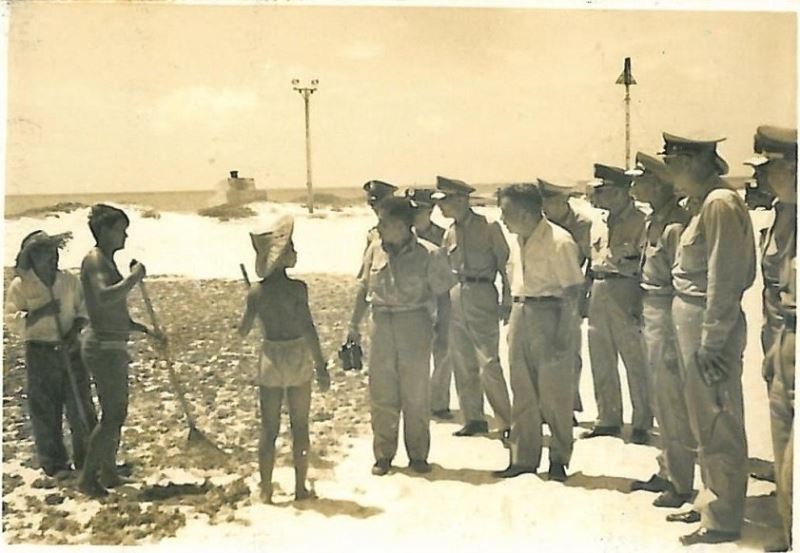 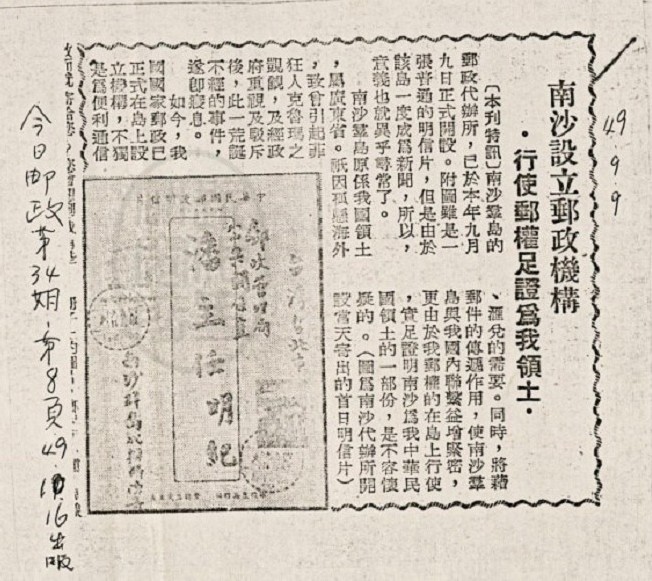