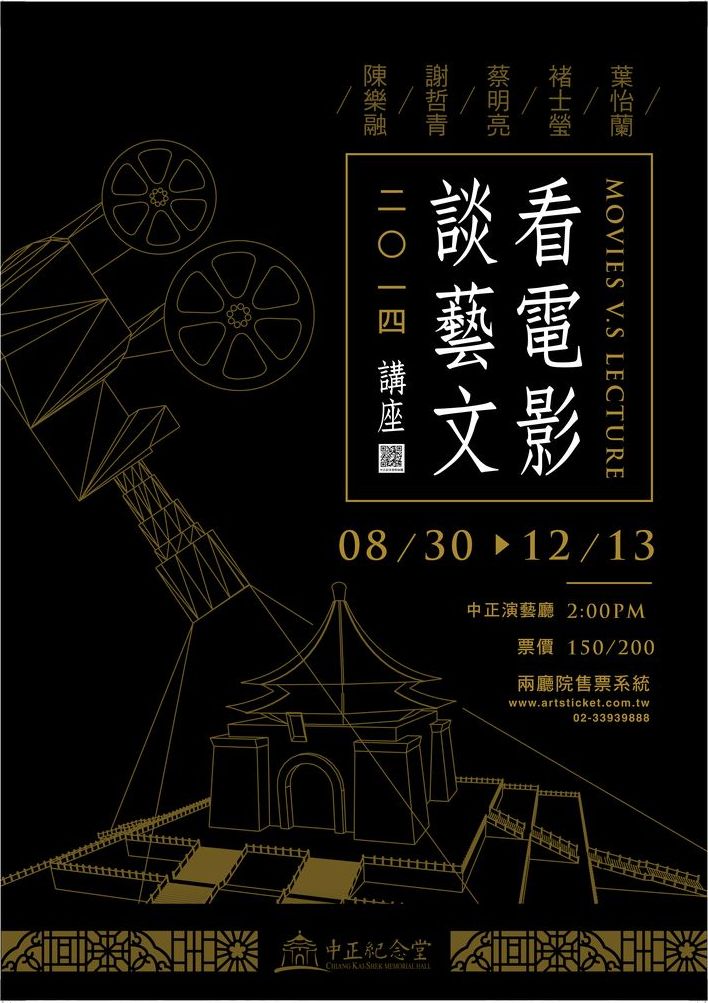 To nurture a greater appreciation of aesthetics and cinema, as well as to facilitate the exchange of personal experiences and stories, the National Chiang Kai-shek Memorial Hall will invite five established cultural professionals to share their silver screen recommendations and host a forum to discuss the deliverance of cultural and generational values through cinema.

The event will kick off on Aug. 30, for which novelist Fred Chen (陳樂融) has picked the 2013 American black comedy "August: Osage County” to help illustrate the breakdown and reconstruction of familial ties.

The second event on Sept. 7 will feature novelist Hsieh Che-ching's (謝哲青) pick, "The Mill and the Cross,” a 2011 Polish-Swedish religious drama that explores the importance of symbolism.

For Nov. 8, author and avid traveler Cryil Chu (褚士瑩) has chosen two Myanmar-made films — "Hope Behind the War” and "Take Me Home” — to raise greater awareness on the internal conflict and ethnic uprisings that have been ongoing for more than half a century in the Southeast Asian nation.

The last showing will be "Jiro Dreams of Sushi,” a 2011 American documentary on the eponymous Jiro Ono, an elderly Michelin three-star chef in Japan on a never-ending quest to perfect the art of sushi. The documentary was nominated by food lover and writer Yilan Yeh (葉怡蘭).

All five showings are scheduled for a 2 PM start; for ticketing information and more, please visit cksmh.gov.tw.