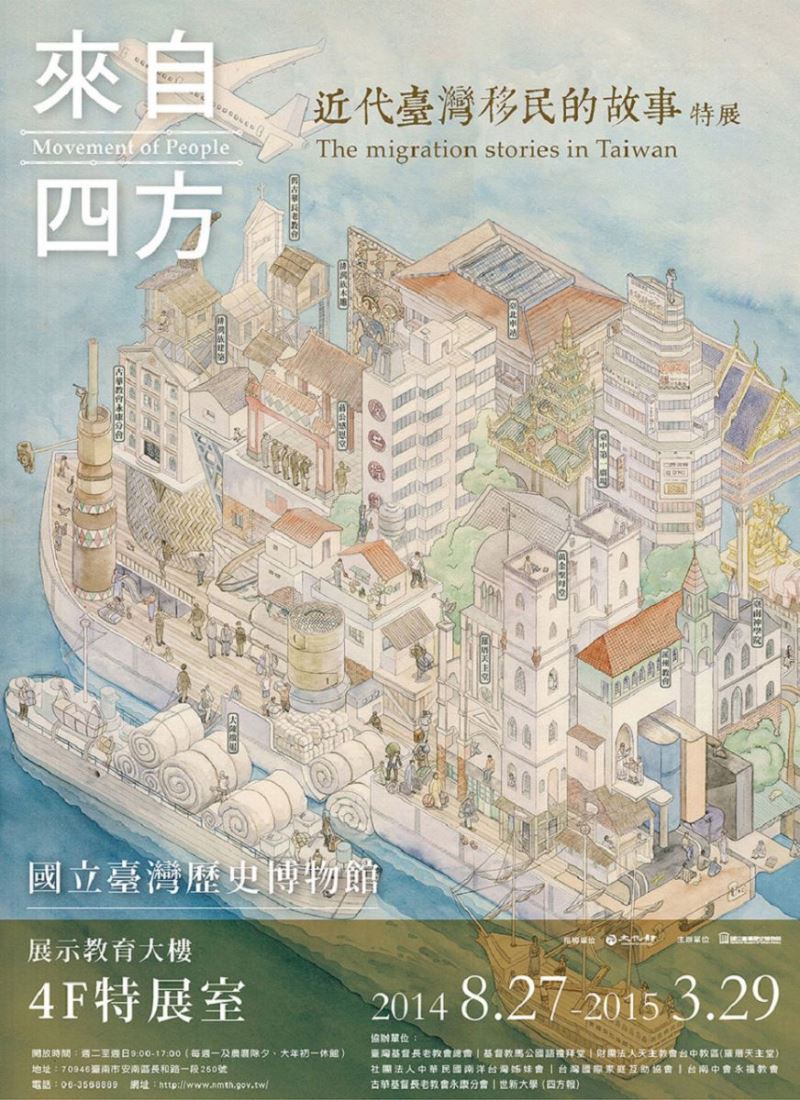 As a geographically well-positioned island that nurtures a wealth of natural resources, Taiwan has always been the land of immigrants. To explore the cultural impact triggered by such historic waves of migration to Taiwan, the National Museum of Taiwan History has organized a special exhibition that will run from Aug. 27 to March 29, 2015.

Some of the earliest foreign settlers in Taiwan came from the Western World — specifically missionaries and evangelists. The outreach programs would often send their members to the most remote and destitute regions of Taiwan, where the young grew old in their quest to better local education and health care.

Another specific wave of immigrants came to Taiwan in 1955 under the fabled Operation King Kong. The historic evacuation of the Dachen Islands saw 15,000 Nationalist troops and civilians flee their hometown and relocate to Taiwan proper to escape the ire of Communist China.

The displacement of Dachen compatriots were followed by a wave of Taiwanese aborigines, who were forced to move to urbanareas to seek work and income. The years following 1960 witnessed the first mass convergence of ethnic groups in Taiwan, and the struggles that ensued.

As Taiwan grew more affluent, transnational marriages became more common. Southeast Asian brides from nations such as Vietnam, Indonesia, the Philippines, Thailand, and Cambodia have since successfully assimilated with local communities, while maintaining enclaves of their unique cultural heritages.

1991 and onwards saw an influx of foreign workers seeking employment. The reverse in common attitude towards these medium- to long-term migrants is reflected by local labor laws and ease of living for those who do not necessary speak Mandarin Chinese.

The movement of people in different eras not only reflect the tides of migration across the globe, but also usherforth new challenges and opportunities. This exhibition salutes these immigrants-turned-citizens, and their contributions to shaping Taiwan into what it is today.