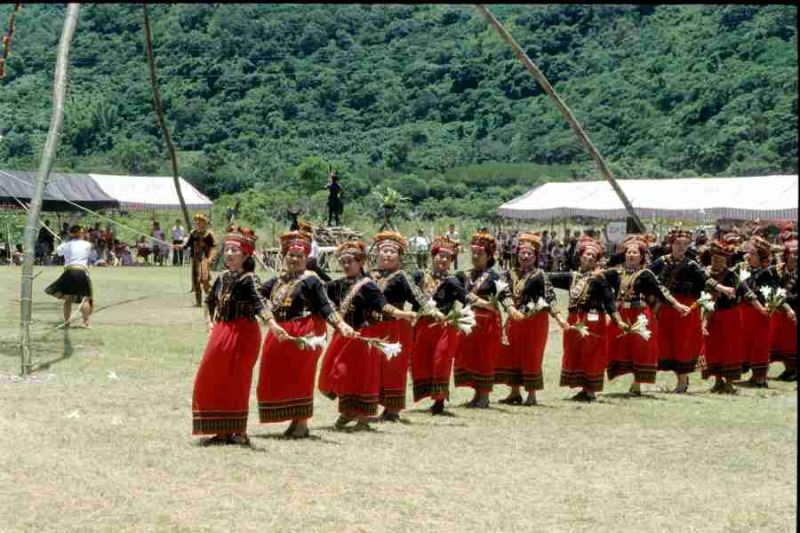 A special exhibition detailing the importance of the Taiwanese lily in the traditional culture of the indigenous Rukai tribe will be held at the National Museum of Prehistory in Taitung from Aug. 16 to March 1, 2015.

The Rukai people are historically represented by three symbols — the snow leopard, the hundred-pace viper, and the Taiwanese lily. The legend tells of a patrimonial tribe as lethal as the poisonous snake and as stealthy as the leopard, with ethics and a strong moral code as pure as the white lily.

While several other Taiwanese indigenous tribes also lay claim to the viper and the leopard, the lily is uniquely Rukai. The flower is not only used to denote a maiden's chastity and a warrior's hunting prowess, the method of affixing the blossom to one's hair is different for married and unmarried women.

The exhibition will introduce several ceremonies that feature the lily, including a proposal and wedding, a harvest festival, and an all-female dance tribute to the flower. The museum will also showcase a collection of costumes, embroidery, headdresses, wood sculptures, and paintings by Rukai artists.

"Tale of the Taiwanese Lilies” was made possible by a Rukai clan who spent three generations gathering and collecting artifacts related to their indigenous roots.