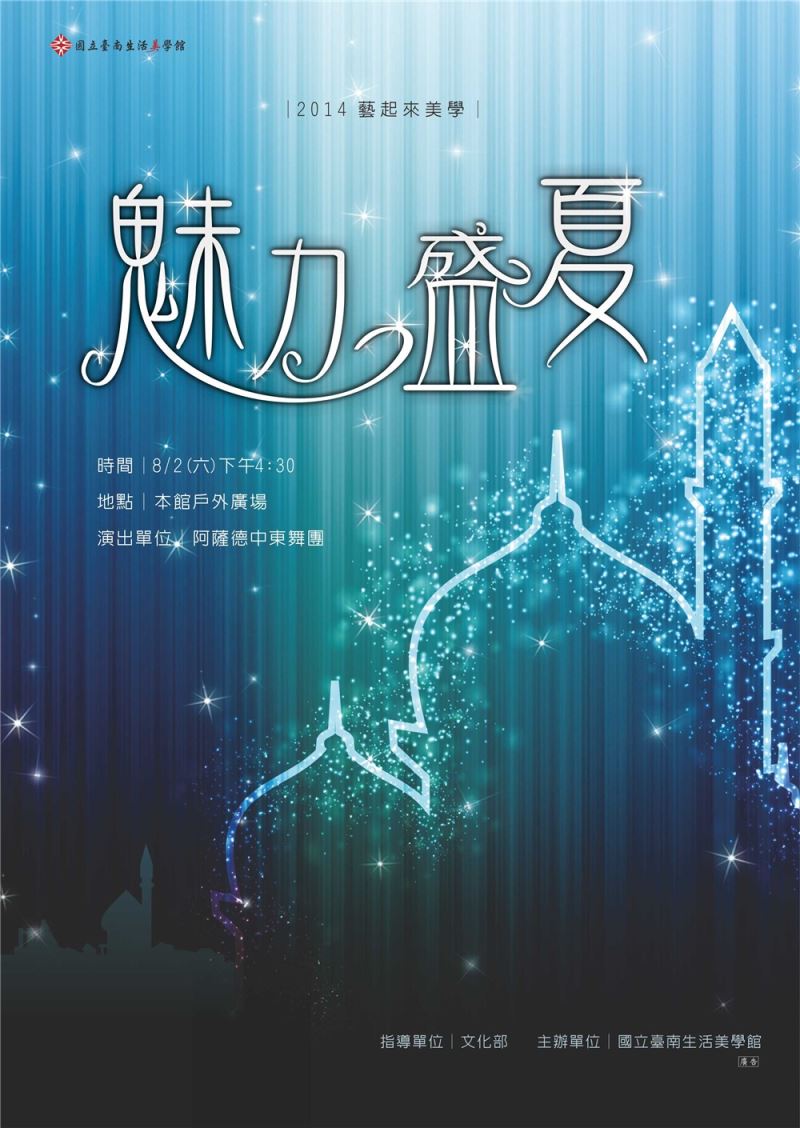 Asad Oriental Dance, a performance group dedicated to interpreting Middle Eastern dance and music with the Taiwanese spirit, will perform outdoors on Aug. 2 at the National Tainan Living Arts Center, a subordinate organization of the Ministry of Culture dedicated to promoting cultural education from the grassroots level.

Established in 2009, the dance troupe's name is derived from that of its artistic director Asad Shao (邵震宇), whose name in Arabic means "lion.” The all-Taiwanese torso articulation group is acquainted with the undulating dance styles from Turkey, Egypt, and Lebanon.

As one of Taiwan's prominent male belly dancers, Shou often travels to Egypt and Turkey to brush up on his dancing and language skills. His experience in pre- and post-Arabic Spring Egypt, as well as his memories of daily life in the Middle East, has led him to choreograph many unique performances for Asad Oriental Dance.

One of his most famous productions is a flag-waving piece titled "Midan Tahrir,” which is named after a major public square in downtown Cairo. Meaning "Liberation Square,” Midan Tahrir serves as a public protest and rally center that has witnessed the resignation of Hosni Mubarak in 2011, and the ousting of Mohamed Morsi in 2013. 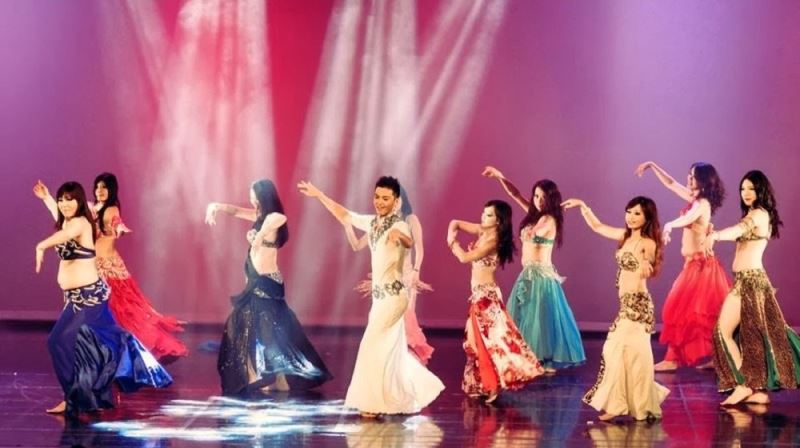