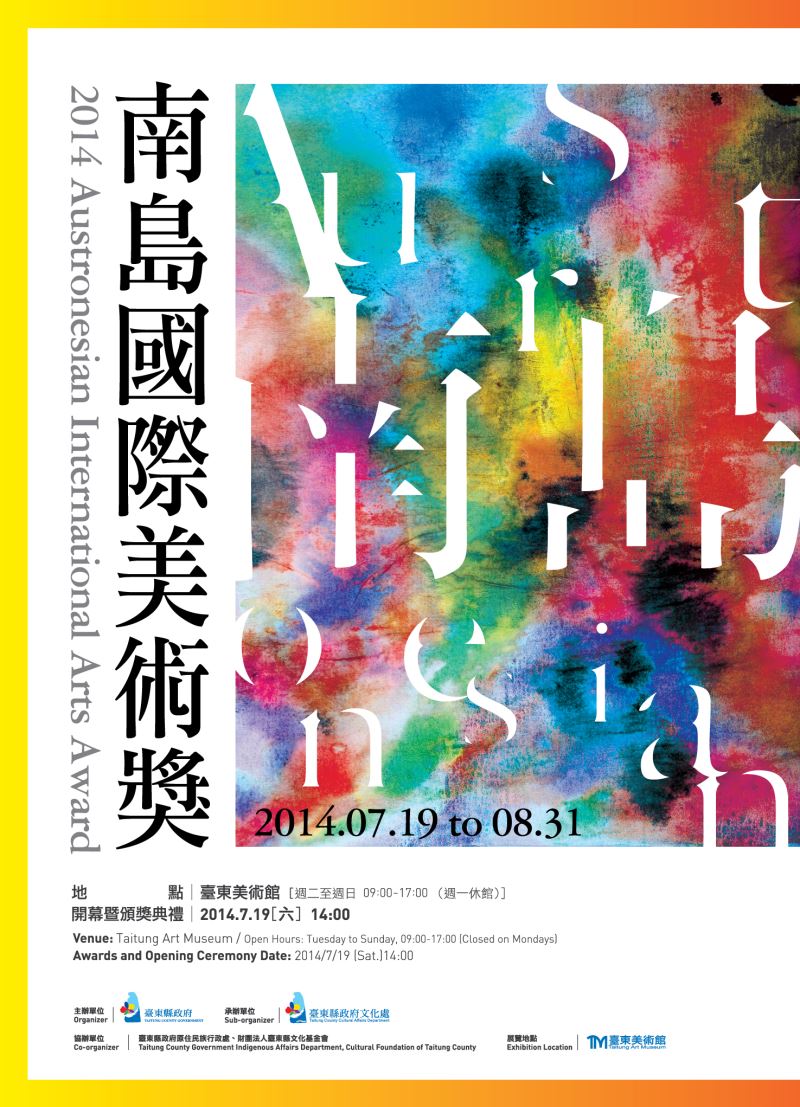 Artworks inspired by the shared heritage among Austronesian cultures and the beautiful scenery of Taiwan's southeastern coastline will be showcased in an exhibition at the Taitung Fine Arts Museum between July 19 and Aug. 31.

The artworks selected for this exhibition were the winning submissions of the 2014 Austronesian International Arts Award, a biennial event that applauds international artists for outstanding works produced during their residency in Taitung.

As the ancestral origin of all modern Austronesian cultures, Taiwan and its indigenous people share a lot in common with those living on islands in the South Pacific Ocean and Indian Ocean, including Easter Island off the shores of Chile, the African island nation Madagascar, and New Zealand in Oceania.

The top winner of the event will receive NT$300,000 (US$) in prize money, whereas up to two competitors can receive the Excellence Award, which comes with NT$100,000 in cash.

In 2012, one of the finalists shortlisted for the awards was Palauan artist Sam Adelbai, whose submission "Chuab: The Giant of Palau” was a mixed-media combination of acrylic on canvas, coconut shells, telephone cables, and a computer motherboard.