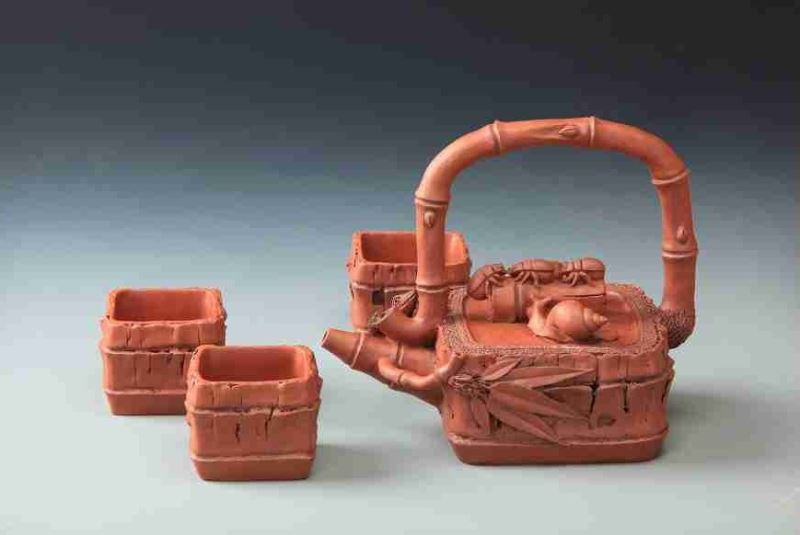 Sixty sets of non-conforming teapot sets made by Taiwanese artisan Yeh Liu Chin-hsiung (葉劉金雄) will be on display at the National Museum of History in Taipei from July 5 through Sept. 3.

Yeh Liu, a Taoyuan County native, was once the prized pupil of the late painter Li Mei-shu (李梅樹), who masterminded the renovation of the Sanxia Zushih Temple that is now lauded as the "Palace of Oriental Art.” Learning from Li and other established artists, Yeh Liu pursued sculpturing as well as Chinese and Western painting techniques, but chose to adopt pottery as his main medium of artistic expression.

While the teapot sets in classic Chinese tradition were sculpted with emphasis on functionality and aesthetics, Yeh Liu became fascinated with less-perfected shapes and appearances. Taking cue from bamboo twigs and gnarly branches in nature, he studied the battered bark and withered leaves wounded by elemental forces and began to replicate such scars on his teapots.

Through his pursuit of hyper-realism, Yeh Liu has created teapots whose exterior reflect that of shed bark, plighted leaves, and bumpy old wood. To contrast with the seemingly decay, the artist often adds miniature sculptures of real woodland creatures, such as flighty lizards, busy mice, beetle herds, and a content snail or two.

Today, Yeh Liu is the founder of the Hsin-Wu Pottery House (心塢陶壺工作室) in Taoyuan and remains active in promoting both the Chinese tea culture and the art of teapot crafts; his works have been included in many overseas tours to places such as the Czech Republic, Belgium, and Luxembourg. 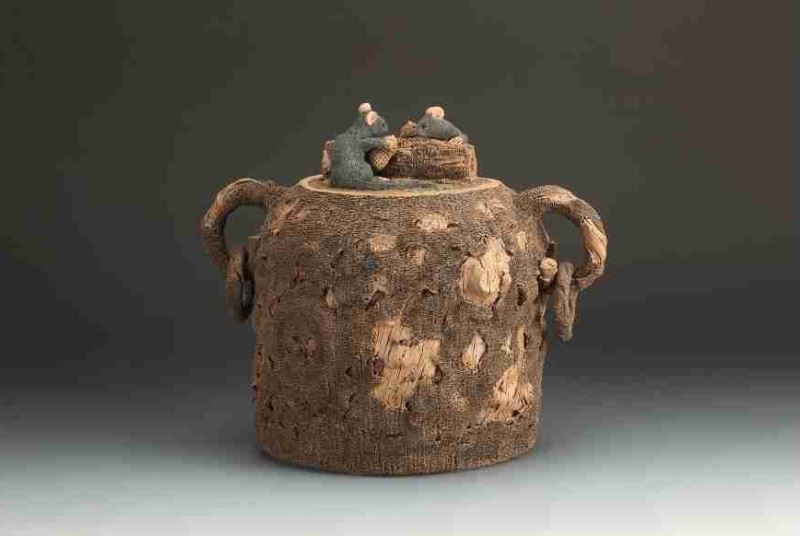