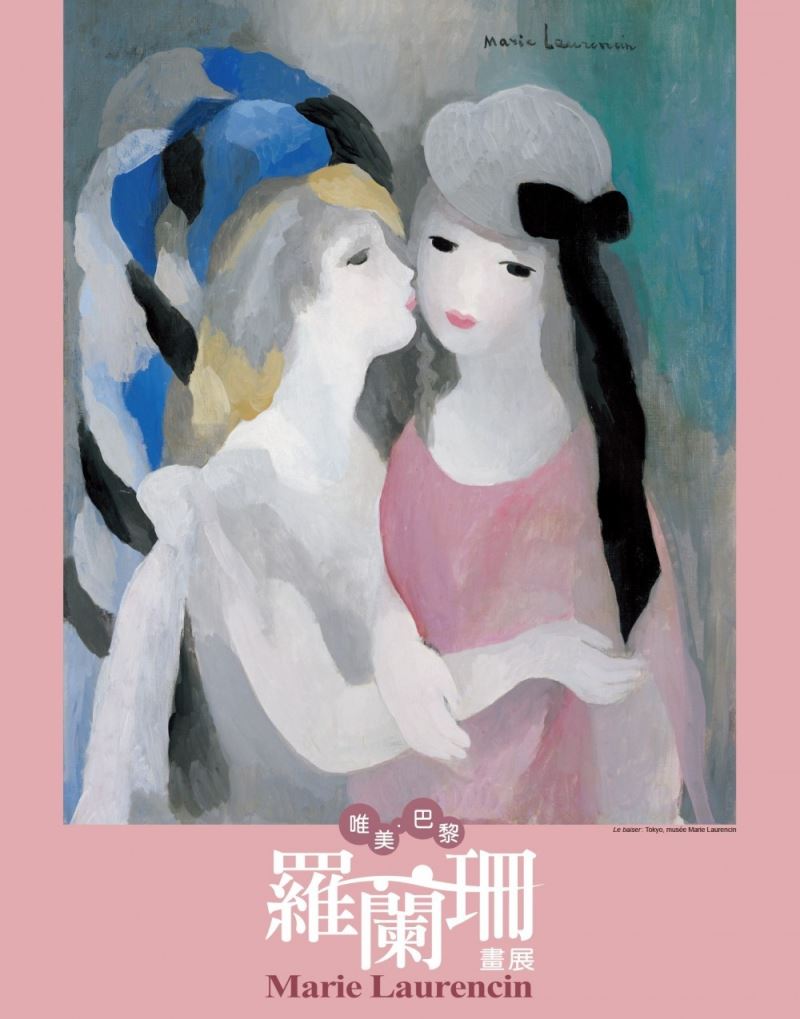 French painter Marie Laurencin, who has become a hot topic in feminist studies in recent years, will be featured in a special exhibition at the National Chiang Kai-shek Memorial Hall from July 5 to Oct. 12.

Laurencin was one of the few women who emerged from the Parisian art scene in the early 20th century. Specializing in portraying women's femininity, she eventually became a masterful female artist with a unique style. Her aesthetics and lyrical style were both widely popular and influential on fine art, crafts, fashion, and design.

The Taipei exhibition will offer four main sections - "The Wonderful Time,” "The Exile,” "The Peak,” and "The Remaining Years.” The exhibits are displayed in a chronological order, starting with Laurencin's early career that took off when she befriended art maestros such as Pablo Picasso and Georges Braque, as well as poet GuillaumeApollinaire.

In this period, Laurencin established her own style of sensibility, melancholy, and tenderness under the influence of fellow painter Henry Rousseau's primitivism.

Laurencin married German artist Baron Otto von Waëtjen in June 1914, but the couple was forced to go into exile in Spain for seven years because the French government suspected that her husband was a spy for Germany. The total loss of contact with her home country and a worsening relationship with her husband culminated in a depressed theme apparent through her art. She ended her exile through a divorce in 1921.

Upon her return, Laurencin soon became a popular portrait painter in the Parisian social circle, painting portraits for many ladies and aristocrats. Laurencin's art career reached its pinnacle in 1920s by achieving worldwide fame. One of her works shown outside of France was a stage set for the Russian ballet program "Les Biches (The Does).”

Laurencin survived two World Wars and underwent many ups and downs in her life. However, all the hardships only made her more mature and stronger, which can be felt in her works.

Visit the memorial hall for a glimpse of 100 original pieces by Laurencin, including 70 oil paintings, 10 prints, and 20 paper sketches.