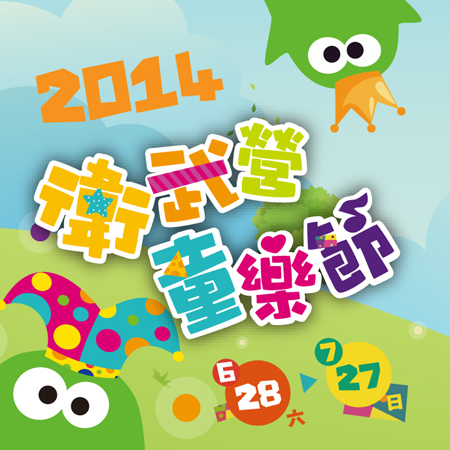 The 2014 Wei-Wu-Ying Children's Festival will kick off on June 28 at the southern Taiwanese metropolitan of Kaohsiung. The month-long celebration of arts and summer will feature three distinct programs and 20 performing groups from around the world.

Now entering its third rendition, the annual festival is organized by the Wei-Wu-Ying Center for the Arts, southern Taiwan's premiere performing arts venue. The event was first established to provide Kaohsiung's youngsters with more opportunities to enjoy live theater; its growing popularity has since drawn international attention and participation.

This year, the Preparatory Office of the Wei-Wu-Ying Center for the Arts has teamed up with the French Bureau in Taipei to invite several innovative French troupes, including black-light theater Compagnie Bakélite and the Anonymous puppeteers.

Other foreign guests scheduled to perform in the festival are the Catherine Wheels Theatre Company from Scotland who still stage "White,” a heartwarming performance for kids aged 2 through 4.

The lineup for performers from Taiwan is equally spectacular, including long-time favorites like classic Chinese music from Chai Found Music Workshop, modern ballet from the Neo-Classic Dance Company, and Taiwanese puppetry from the Chin Fei Feng Puppet-Show Troupe.

The Preparatory Office will also be working with corporate partners IKEA, Carrefour, and Eslite to hold forums and free lectures to help promote the 2014 festival.

All performances will be presented under three programs — bazaar, black-light theater, and outdoor performances — from June 28 through July 27. For more information and ticketing details, please visit the Wei-Wu-Ying center's website here.