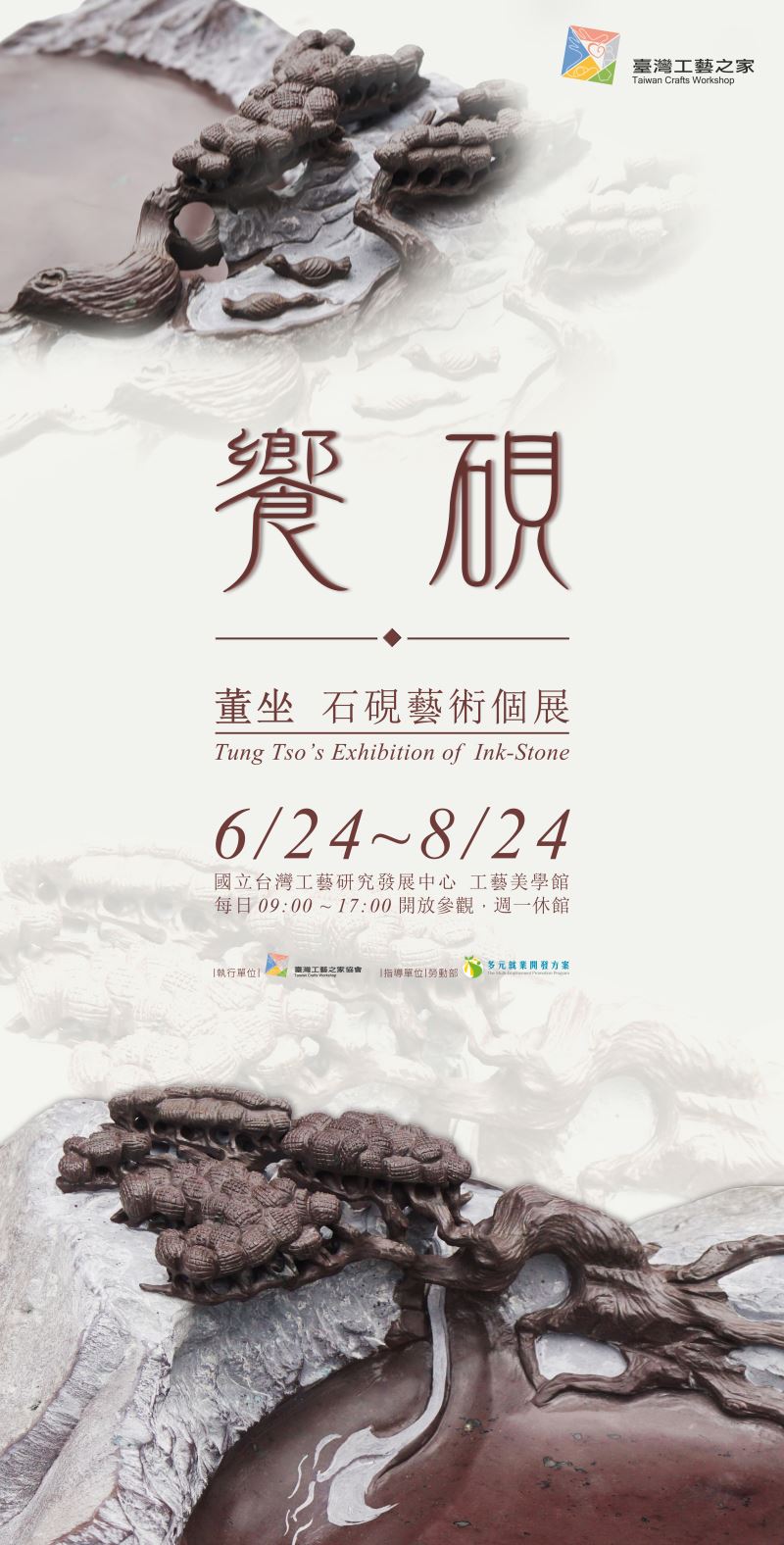 Renowned Taiwanese artisan Tung Tso (董坐), the third son of a family of craftsmen, will hold a solo exhibition in Nantou County to showcase a new generation of delicate creations that his family became famous for — inkstones.

The inkstone, one of the four treasures of the study in Chinese culture, is a shallow pool-like vessel used for making and containing ink. After a careful measurement of water is poured in, an ink stick is circularly grinded against the flat surface of the wet inkstone, allowing the soot particles to mix with water and form ink.

Although the container can also be made with clay, metal, or porcelain, the chiseled stone remains the preferred material. Just as there are no limits to the size of calligraphy brushes, inkstones can come in all shapes and dimensions. Because of their literary associations and artistic merits, inkstones are popular among many art collectors.

Born in 1953, Tung is a native of Changhua County's Ershui Township, a region known for producing a particularly prized rock type, the Ershui Luo River Stone (螺溪石). Dark blue in hue, the glossy rock is well-suited for the inkstone craft because of its high density and ability to retain water.

A solo exhibition featuring more than 20 inkstones etched by Tung will be on display at the National Taiwan Crafts and Research Development Institute between June 24 and Aug. 24.

Apprenticing under his skilled father since the age of 17, Tung quickly carved a name for himself. Today, there are both an art shop and a museum dedicated to his name and crafts. The inkstones he produced during the span of half a century range from modern and minimalist to traditional dragon motifs and natural realism.