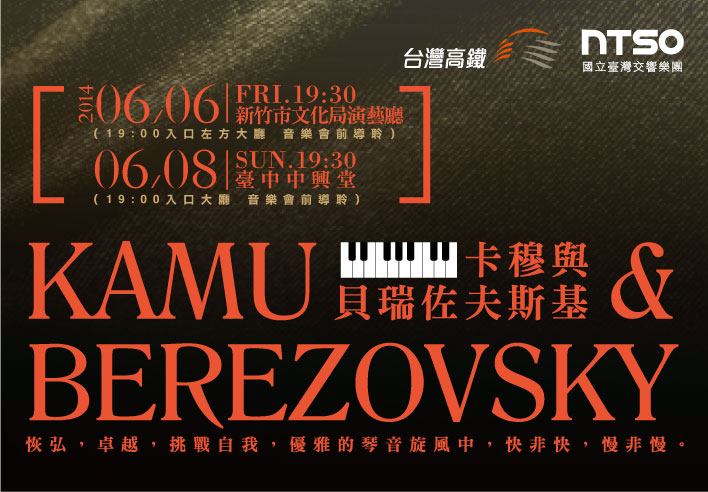 Guest conductor Kamu hails from Helsinki, where he first studied violin at the age of two and then self-taught himself to become a world-renowned principal conductor. For his achievements in music and the international arena, Kamu received the Order of the Lion of Finland, a national medal awarded for civilian and military merit.

Berezovsky first rose to international prominence when he won the Gold Medal in the International Tchaikovsky Competition in 1990 at the age of 21. The Russian virtuoso piano player was mentored by the likes of Georgia's Eliso Virsaladze, who won the Tchaikovsky competition herself in 1962, and the gifted Russian pianist Alexander Satz, who previously performed in Taiwan as well.

Together with the NTSO, Kamu and Berezovsky will perform the overture to Wolfgang Mozart's "The Abduction from the Seraglio” (Die Entfuhrung aus dem Serail), Franz Liszt's "Piano Concerto No. 1” in E-flat major, and Anton Bruckner's "Symphony No. 4,” which is more commonly known as Bruckner's "Romantic Symphony.”

The performance will be held at the Hsinchu Cultural Bureau on June 6, and at the Taichung Chunghsing Concert Hall on June 8. Please log onto the NTSO's website for further information. 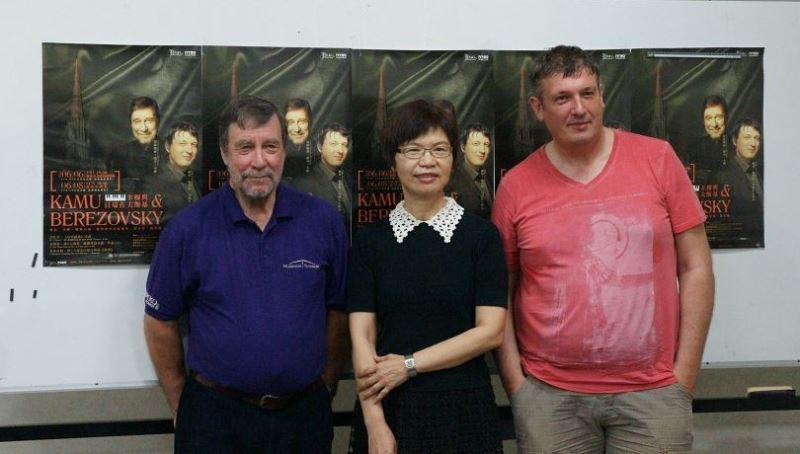