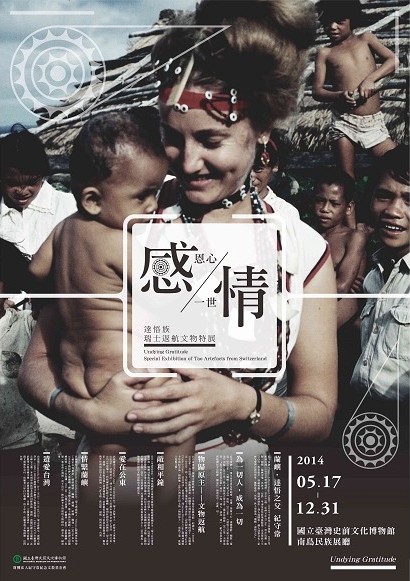 After an overseas stay exceeding four decades, a collection of artifacts from the indigenous Taiwanese tribe of Tao (also known as Yami) have been returned from Switzerland and is slated to be exhibited at the National Museum of Prehistory in Taitung from May 17 through Dec. 31.

Numbering over 200 unique items from the endangered culture of the Tao people living on the outlying Orchid Island, the collection was amassed by European missionaries and volunteers between the 1950s and 1970s.

Reverend Giger, who is viewed as a father figure for his efforts to improve the livelihood and education of indigenous children, first arrived in Taiwan in 1954 to spread his faith and to teach in Taitung.

He quickly assimilated with the cultures and traditions of different Taiwanese tribes, but found a particular affinity for the Tao people. Together with Zuger, he helped to establish a church on Orchid Island after flying back to Switzerland twice to seek donations.

Although he died from a car crash in 1970, Giger is still revered as a protector by the Tao people today. To commemorate his work and sacrifice, tribe members began looking into establishing a foundation in his name to look after the historic relics.

For the past 44 years, the 200-plus items were in the possession of Elisabeth Gschwind (依麗華), a Swiss volunteer who served at the mission under Giger prior to his death. She first proposed returning the collection to its homeland in 2012, and a Swiss priest currently stationed at the same mission began to act as an intermediary.

The Si-Sasagazo Memorial Cultural Foundation (紀守常紀念文教基金會), named after the late reverend's title in Tao, will be formally established on the opening day of the exhibition on May 17.

Although the rights to the collection remain with the memorial foundation, the National Museum of Prehistory will house the entire collection for safekeeping and research purposes.

The collection, which include wooden plates, pottery jars, and a hand-carved wooden boat known as a "tatala” in the Tao language, has preserved several items that are no longer in use by the current population on Orchid Island. 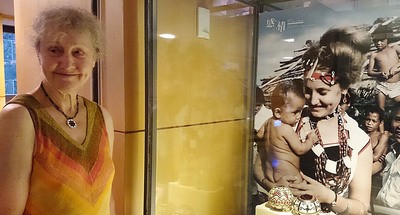