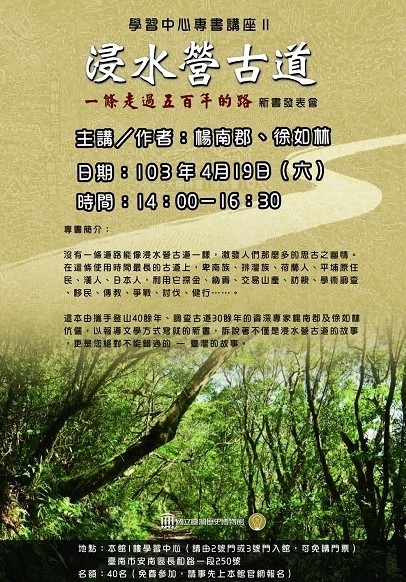 To promote the history of Pingtung County, the Tainan-based National Museum of Taiwan History will hold two events over the April 19-20 weekend.

April 19 will introduce a book that promotes the Jin Shui Camp Ancient Trail (浸水營古道), which has witnessed five centuries of Taiwan history. The book was completed by a couple who climbed the mountain trails over a course of four decades and studied the regional history for more than 30 years.

Authors Yang Nan-chun (楊南郡) and Hsu Ru-lin (徐如林) will share the stories behind this ancient trail, which was the first and most-frequented path taken by Taiwan indigenous tribes. Later immigrants to the island, including the Dutch, the Han people, and the Japanese colonists, took the path to look for gold, do business, conduct academic investigations, spread the Gospel, or fight battles.

The following day, the museum will screen a documentary called "The Promise” (魯笠), which delves into the religious rituals in Pingtung's Donggang Township. The film features "lu li,” a bamboo hat worn by palanquin bearers in Donggang during a triennial worship ritual held to pray for peace and prosperity from the Wangye Sect (王爺信仰; the Royal Lords).

The ceremony is considered one of the nation's intangible assets, as it demonstrates the unity of the Donggang community and the region's unique religious belief. The film will tell four stories that look at the ritual from different angles. 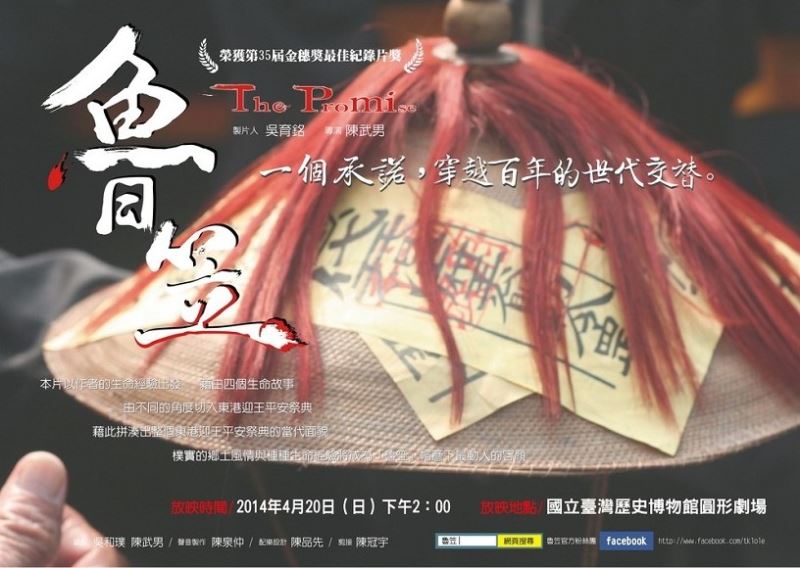