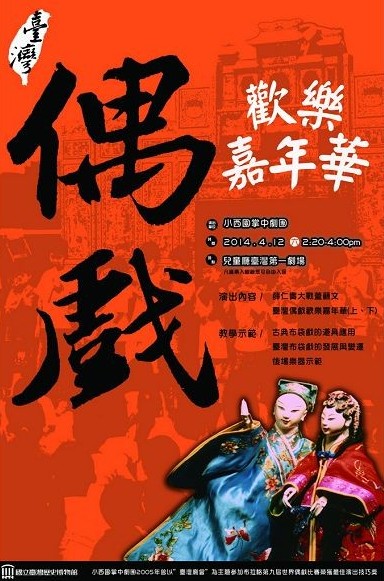 The 2014 Taiwan Puppetry Carnival, which is slated for April 12 at the National Museum of Taiwan History, will feature the Hsiao Hsi Yuan Puppet Theater, one of the few local puppet theaters that have gone to considerable lengths to conserve the classic Taiwanese art form.

The theater company will stage three separate hand-puppet plays at the Tainan-based museum starting at 2:30 PM on April 12. In addition to the live performances, the puppeteers will also walk the audiences through backstage operations such as the props and the music. The festival will also include a review of the development and changes in Taiwan's glove puppetry scene.

The theater, which was established in 1913, has kept the tradition of using a live music ensemble in the backstage instead of playing pre-recorded music. The theater company has toured more than 30 major cities around the world and was critically acclaimed by the World Association of Puppeteers and International Institute of Marionette Art. 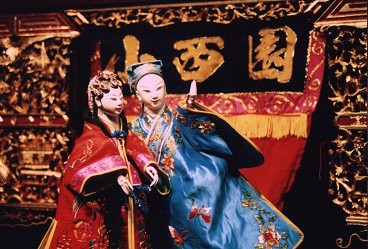