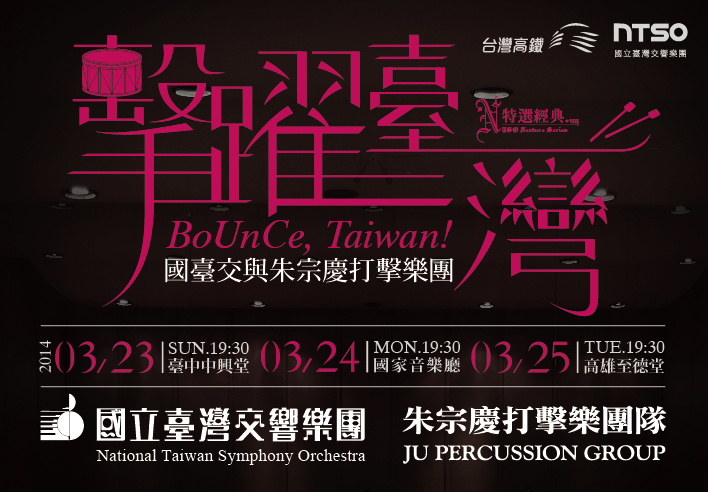 The Ju Percussion Group has been a major promoter of percussion music in Taiwan and has toured the world since its establishment in 1986, whereas the NTSO has spearheaded the development of classical music in Taiwan and helped foster new generations of musical talent over the past 69 years.

The two groups will collaborate for the very first time in the "Bounce Taiwan!” nationwide tour, which is comprised of three concerts scheduled for March 23, 24, and 25. Moreover, four pieces on the repertoire will have either their world or Taiwan premiere.

Hsu Chia-yu's 'Shan-Ko” (Mountain Songs) and American composer Russell Peck's "The Glory and the Grandeur” will be played in Taiwan for the first time, while Lin Ching-cheng's "Marimba Concerto No. 3” and Hung Chien-hui's "Allon-y Jouer les Peaux” will have their world premiere through "Bounce Taiwan!”

The concerts, which will also feature two pieces by Israel-born composer Avner Dorman, will be directed by Japanese conductor Fusao Kajima, who has served as the NTSO's lead conductor since 2010.

Ticketing information and more can be found here. 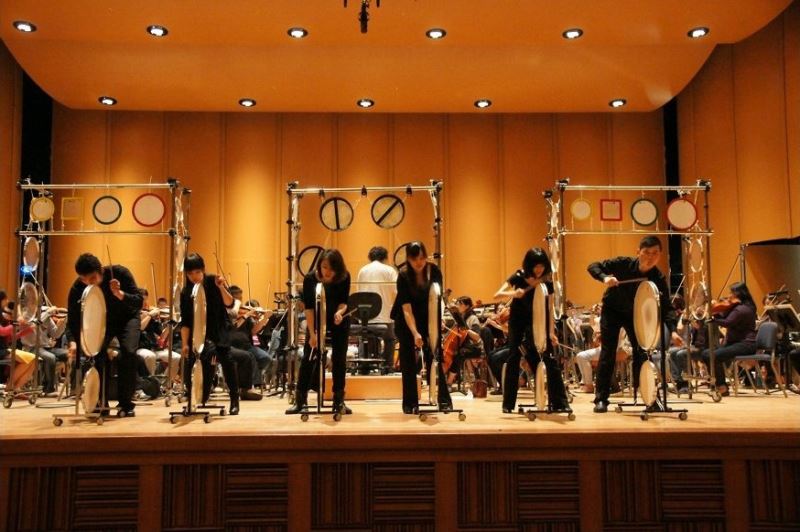 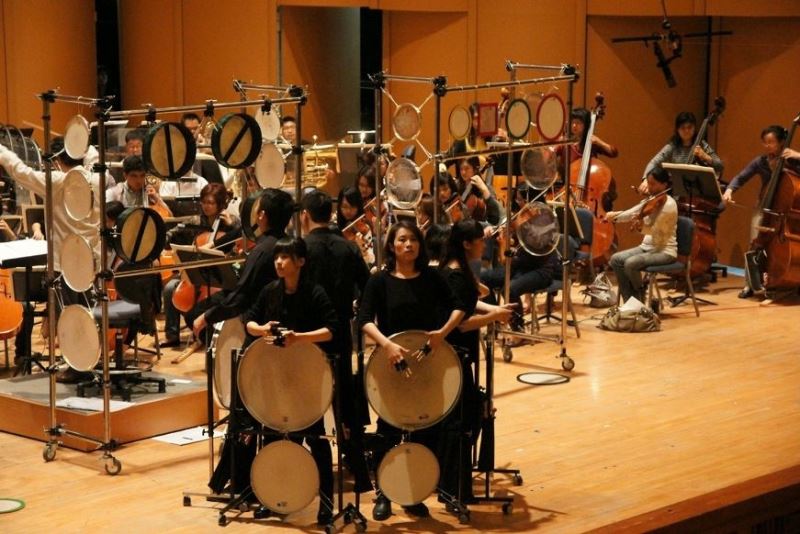