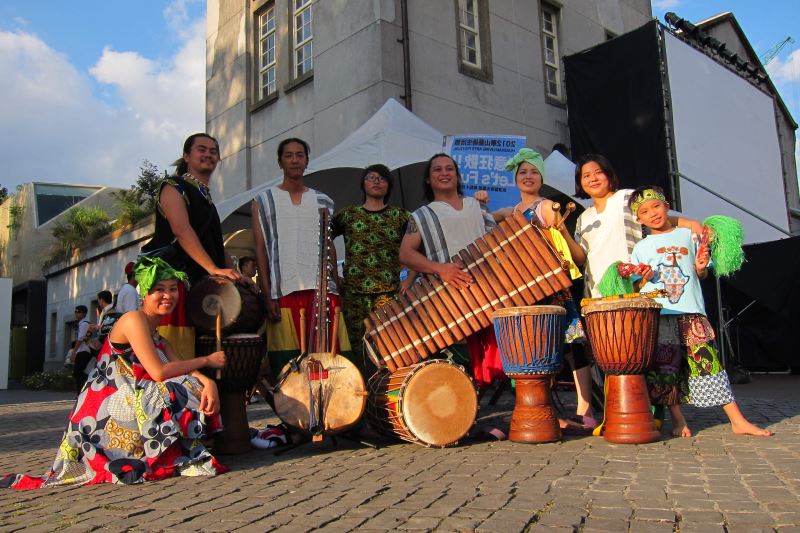 The Sibongie African Drumming and Dancing Crew (嬉班子非洲鼓舞團), Taiwan's very own African drumming group, will stage a free performance at the Wei-Wu-Ying Center for the Arts in Kaohsiung City on Feb. 8.

The troupe was founded in 2005 by a group of friends who were enthusiastic about African drumming and dancing. Its extensive experiences include an exchange program with Burkina Faso's national drum-and-dance troupe in 2012. At the upcoming West African Music Festival at the center's Banyan Tree Garden, they will bring powerful drum beats and vocals.

In addition to traditional African music, the repertoire will include a Taiwanese song adapted from a West African farmer'ssong, as well as their reinterpretation of several African pieces.