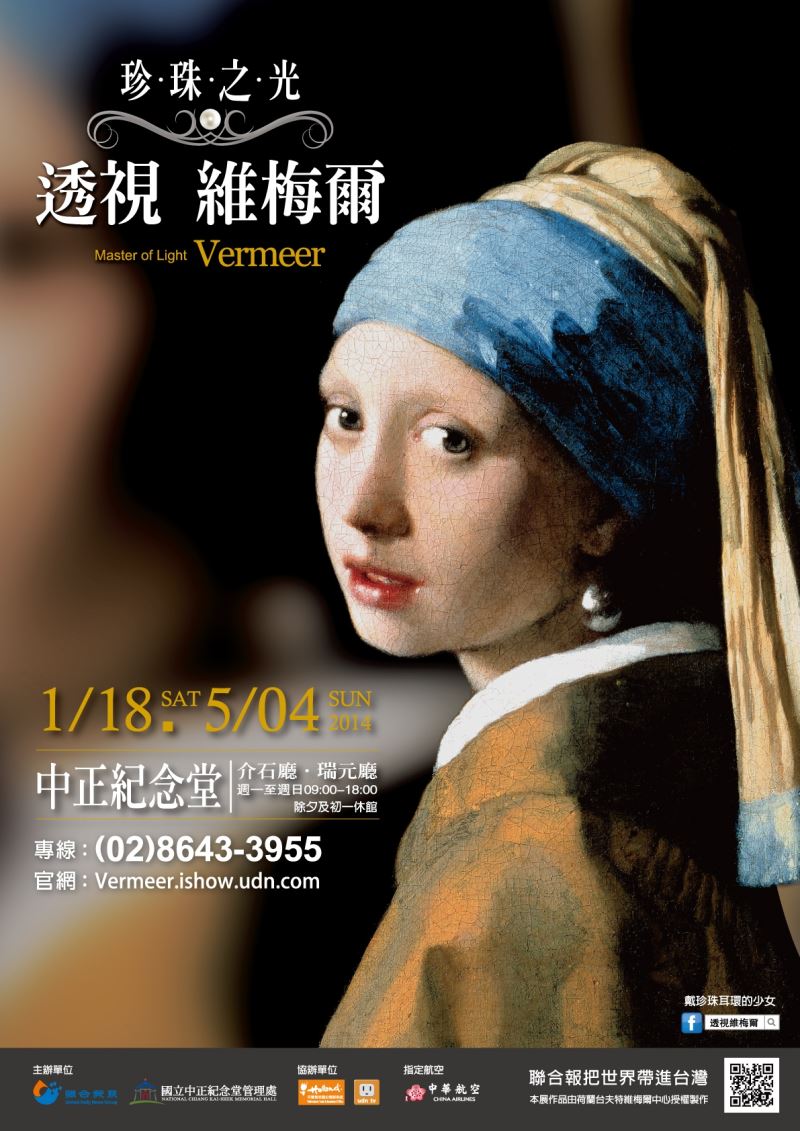 A grand exhibition on Dutch painter Johannes Vermeer is scheduled to open in Taipei on Jan. 18. In partnership with the Vermeer Centre in the Netherlands, the international traveling exhibition will be the first in Taiwan to ever feature the legendary master of light.

The exhibition will display 37 of Vermeer's paintings, which are difficult to gather in one exhibition because they belong to the collections of 18 major art museums around the world. The mysterious painter's life and works will be introduced from an educational angle, coupled with the latest digital printing techniques as well as a variety of interactive devices.

The exhibition will have six sections, starting from introduction of the city of Delft, one of the most influential cities in Dutch history and the birthplace of Vermeer. It is followed by a section on Vermeer's life, where 37 of his major works will be displayed in a chronological order. The hidden details in his paintings such as "The Music Lesson,” for example, will be pointed out in another section titled "Secrets in the Paintings.”

The reasons why Vermeer is known as the "master of light” will be fully explained in a different section, where the audience can see the effects of different light sources and how Vermeer brilliantly utilized the effects to his advantage.

A color lab will also be part of the exhibition to help the audience see how paints are made from a wide range of components. They can also touch different canvases and compare the thickness of his paintings with those of fellow Dutch artist Vincent van Gogh.

Finally, a simulated art studio will also be reconstructed at the exhibition venue, which will be used to demonstrate the way he might have used a camera obscura while constructing his paintings.

The exhibition will remain open at the National Chiang Kai-shek Memorial Hall until May 4, 2014.