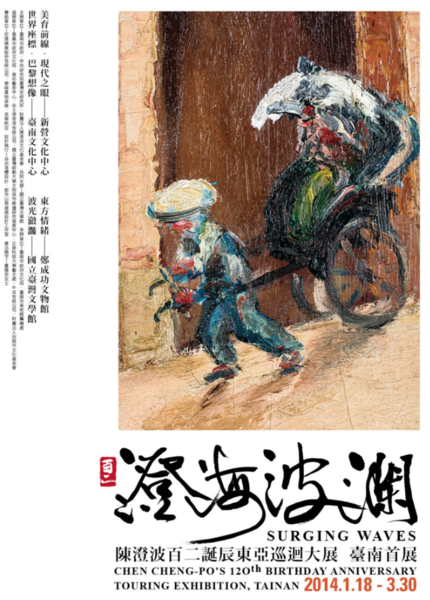 To commemorate the life of Chen Cheng-po (陳澄波), a renowned Taiwanese painter killed during a government crackdown against a 1947 uprising in Taiwan, a traveling exhibition will open in Tainan on Jan. 18, head to Beijing, Shanghai, and Tokyo for the latter half of the year, and return to Taipei by 2015.

Coinciding with his 120th birthday anniversary, the exhibition will display a letter and many paintings that have never been revealed to the public before.

The letter was one of eight messages Chen wrote to his family the morning of the day he was executed in 1947. In the letter, Chen asked his descendants not to sell his oil painting 'Qing Liu' (literally "clear stream”), which depicts the West Lake in Hangzhou, China.

'Qing Liu' was exhibited at the Chicago World's Fair in 1932 as a representative work from the Republic of China. Of all his works, Chen was most satisfied with this painting, according to Chen's grandson Chen Li-po, the executive director the Chen Cheng Po Cultural Foundation.

Born in 1895, Chen Cheng-po is often described as a pioneer in the development of modern art in Taiwan. He was the first Taiwanese artist to have his work featured in the Imperial Art Exhibition, a prestigious art exhibition in Japan, and held several exhibitions in China as well.

The painter was captured and executed in public in March 1947 during a bloody crackdown on anti-government uprisings in Taiwan that began on Feb. 28, 1947.

Because he was a taboo figure during Taiwan's decades of martial law, many of his works have never been shown in public. The first time his works were exhibited after the Chinese civil war was in 1979, but by then many of the works were in need of repair.

The upcoming exhibition will feature over 460 paintings, calligraphies, and sketches by the painter, as well as his letters, manuscripts, and personal belongings.

The exhibition will open in Tainan and head to Beijing, Shanghai and Tokyo before returning to Taipei.

Lin Mun-lee, a professor at the National Taipei University of Education's Department of Arts and Design and a curator of the Tokyo exhibition, said it will show Chen's works alongside those of his Taiwanese peers who also studied in Japan around the same time.

'It will be the largest and most complete exhibition of its kind overseas,' Lin said. 'The exhibition will give people from Japan and other countries a more complete picture of modern art in Taiwan.'

Hsiao Chong-ray, an art history professor at the National Cheng Kung University, said Chen's works are noted for their strong emphasis on the land and a return to Chinese painting traditions.

Chen's oil painting 'Qing Liu,' for example, departs from the western use of color and stresses a single yellow color, Hsiao said, comparing the approach to Chinese ink wash painting, which also stresses a single black color in different shades.

The Tainan exhibition will be held from Jan. 18 to March 30 at the Xinying Cutural Center, Tainan Municipal Cultural Center, the National Museum of Taiwan Literature, and Koxinga Museum.

The exhibition will then run at the National Art Museum of China in Beijing from April 25 to May 21; at the China Art Museum in Shanghai from May 29 to July 10; at Tokyo University of the Arts from Sept. 12 to Oct. 26; and at the National Palace Museum in Taipei from Nov. 28 to March 30, 2015. 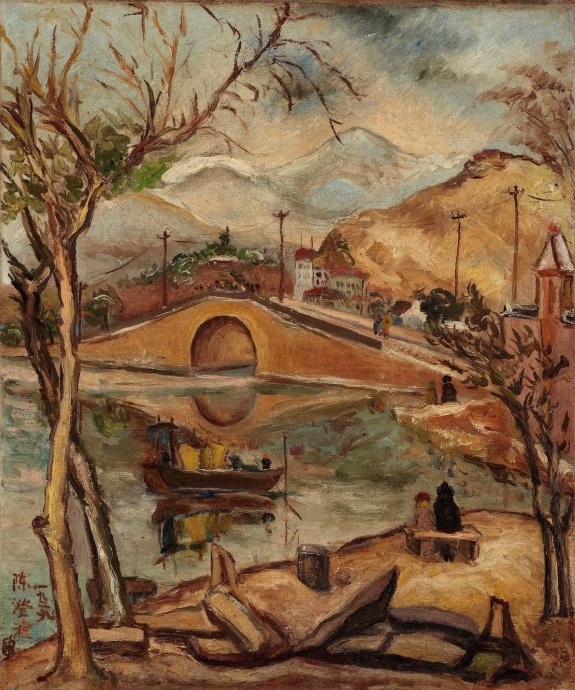 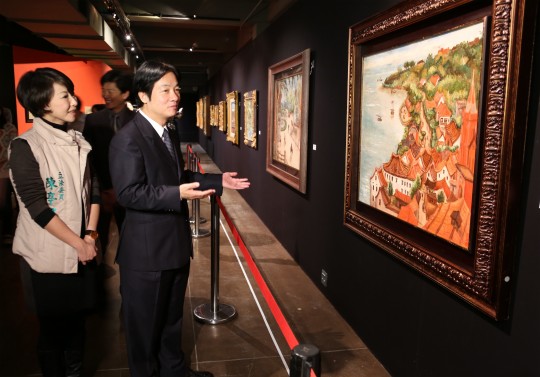