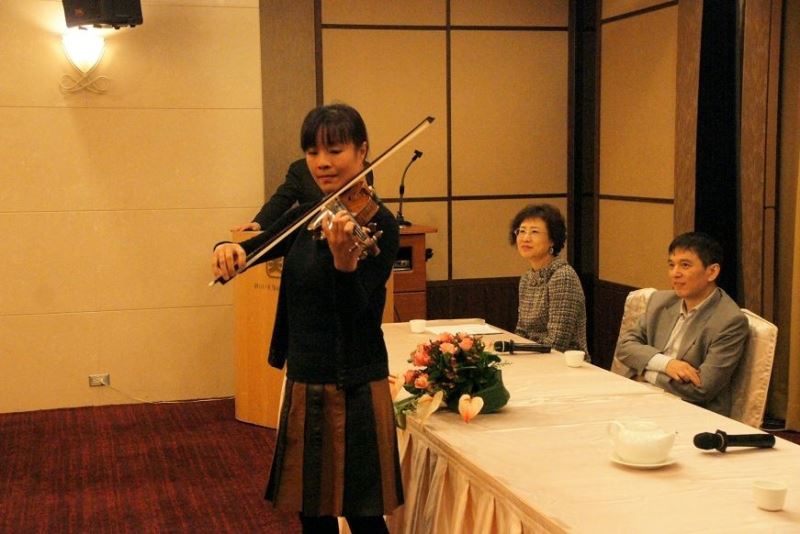 The National Taiwan Symphony Orchestra (NTSO), one of the subordinate organizations of the Ministry of Culture, will stage two performances with U.S.-based Chinese violinist Mira Wang (王崢嶸) in Taichung and Kaohsiung on Jan. 17 and 18, respectively. Conducted by NTSO Artistic Advisor Lan Shui (水藍), the musicians will introduce the modern music of the 19th and 20th centuries in the program.

Wang, who was considered a musical prodigy in her childhood, rose to fame when winning the top prize in the Geneva International Competition. The Boston University graduate has served as the artistic director of the "Model Room Concerts” hosted by the New York Yacht Club since 2005 and has played an integral role in promoting modern music.

Wang will present a musical piece she recorded for an album — the "Violin Concerto No. 2 in G minor, Op. 63” by Russian composer S. Prokofiev, which has a simple and straightforward melody that reveals the composer's candid personality. The other piece to be played is Russian composer S. Rachmaninoff's "Symphonic Dances, Op.45,” which mulls overkarma by depicting morning, noon, and dusk.

"To A Lady over Forty Years Old,” composed by Taiwanese composer Pan Shih-ji (潘世姬), is also on the repertoire. Pan, who stresses the importance of fusion and diversity in artistic creation, has been keen on composing music that presents Asian ideologies. The piece reflects Pan's typical elegant yet simple style and describes the longing for olden days with her layers of sounds.

The two concerts will take place at the Chunghsing Hall in Taichung on Jan. 17 and the Jhihde Hall in Kaohsiung on Jan. 18. 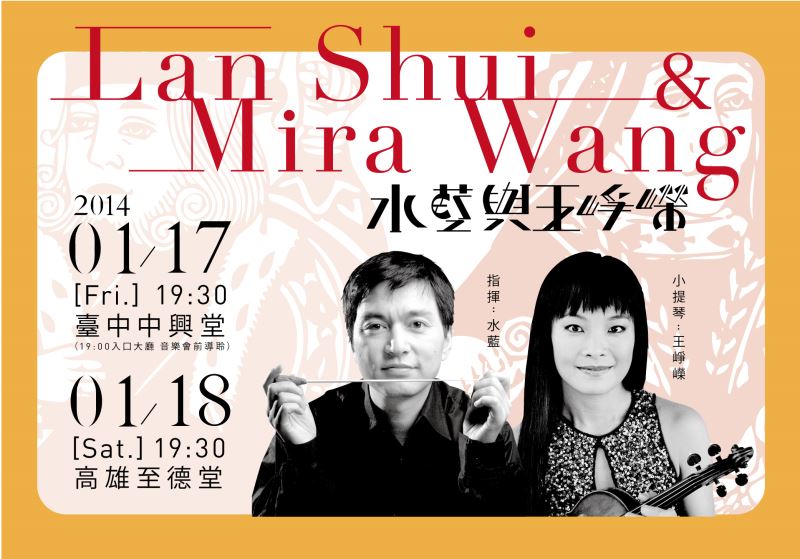