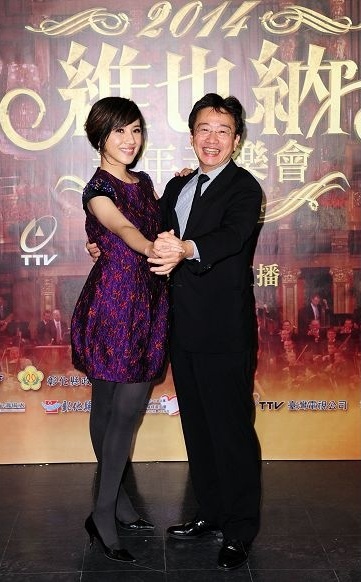 TheNew Year's Concertby theViennaPhilharmonic will be broadcast live for the 12th year in Taiwan by the Taiwan Television Enterprise (TTV), the obtainer of its exclusive broadcast rights. The outdoor broadcast will take place simultaneously at the Wei-Wu-Ying Center for the Arts in Kaohsiung City, the Yuanlin Performance Hall in Changhua County, and the Civilian Park in Yunlin County from 6:15 PM to 8:43 PM on Jan. 1, 2014.

Musician Chang Chen-chieh and TTV anchorwoman Lin Yi-ru will co-host the Kaohsiung broadcast, while news presenters JC Lin and Ian Wang-Lee will respectively preside over the Changhua and Yunlin events alongside with classical music radio hosts Chang Yao and Wang Hsin-jui. The TTV's finance channel will also televise the concert in real time, followed by a replay on the TTV's main channel and its HD channel at 11 PM.

Featuring the Vienna Philharmonic Orchestra, the highly anticipated New Year's Concert is a tradition running for more than half a century in Austria. The repertoire for the upcoming concert will include the music by Romantic-era composer Richard Strauss, whose 150th birthday will be celebrated in 2014. Argentine-born pianist Daniel Barenboim will be conducting the yearend concert for the second time, following his first successful showing in 2009.

"Every year, the Vienna Philharmonic Orchestra picks a top performing conductor. Barenboim's conducting results will be quite different because he is also a pianist,” said Chang Yao, a cellist and one of the concert hosts, at a press conference on Dec. 18.

The Wei-Wu-Ying Center for the Arts, one of the two world-class performing art centerprojects under the Ministry of Culture, will be completed in 2014. Its participation in the simultaneous broadcasting of the Vienna concert will help raise its profile as the new cultural landmark ofsouthern Taiwan, said Chang Su-pao, director of the Ministry's Department of Arts Development.

The hosts of the Kaohsiung event will also lead the audience in a dance of waltz after the live broadcast. 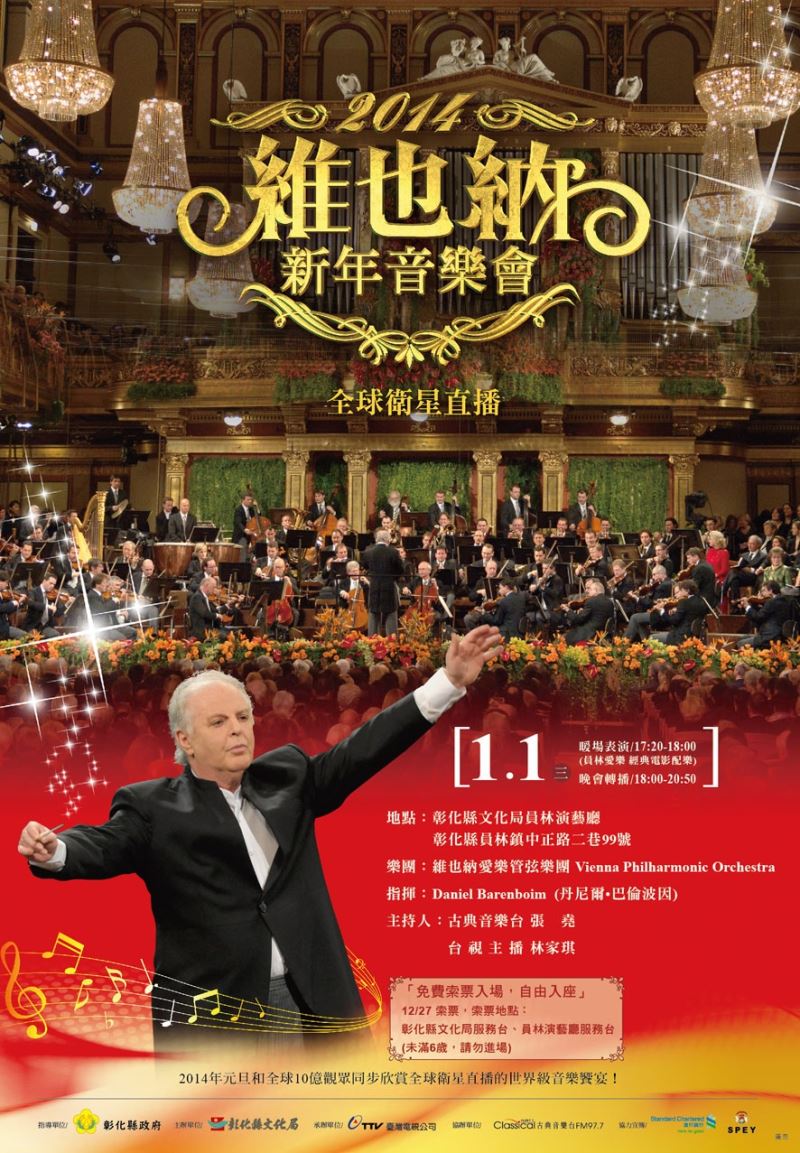