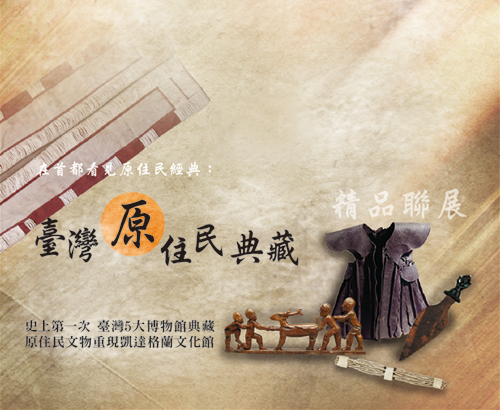 Wu Pai-lu (吳佰祿), an assistant researcher at the National Taiwan Museum (NTM), recently discovered a pair of shell-bead anklets that may have belonged to Mona Rudao (莫那魯道), a well-known indigenous tribal chief who led the uprising of Wushe against the Japanese colonial government in 1930. The discovery of the anklets was made when Wu was sorting documents collected by the Taiwan Governor Museum, the predecessor of NTM; after translating and comparing the Japanese documents, he found that the anklet pair had been purchased from Mona Rudao.

In the Seediq tribe, only men who had hunted the heads of at least two enemies were qualified to wear such ceremonial shell-bead anklets. The accessory was very likely Mona Rudao's personal belonging anda symbol of his status. Between 1927 and 1929, the anklets were sold at a price of two Japanese yen to the Sakuma Group (佐久間財團), which was collecting indigenous artifacts throughout Taiwan. Later, the group transferred its entire collection to the Taiwan Governor Museum.

The 2011 film "Seediq Bale” depicts the bloody revolt, later known as the Wushe Incident, led by Mona Rudao in 1930. The leader shot himself in the head after the uprising failed, and none of his personal belongings were found. His body was displayed publicly by the Taiwan Governor's Office, and later stored at the Taihoku Imperial University (now the National Taiwan University), before finally being buried in his hometown in 1973. The shell-bead anklets are particularly precious because they are his only known relic.

The NTM collection currently includes 12 such ceremonial bead anklets, each made from white giant clams and decorated with black glass beads and square shells. They were worn only by men who had cut off the heads of at least two enemies, and therefore were a symbol of their social status in the warrior culture of the Seediq people. Those men who had cut off an enemy's head in battle enjoyed higher social status and dressed themselves accordingly. The costumes became more elaborate as they won more battles, highlighting the warriors' important role in the tribal society's authoritarian system.

The precious piece of heritage is now on display at the Ketagalan Culture Center in Taipei's Beitou District. In addition, the NTM has also loaned 15 other indigenous artifacts for the 5-month special exhibition, including an elegant cowhide armor made by the Tao people on the outlying Orchid Island and a short, sleeveless knitted blouse from the aboriginal Pingpu-Pazih tribe in central Taiwan. 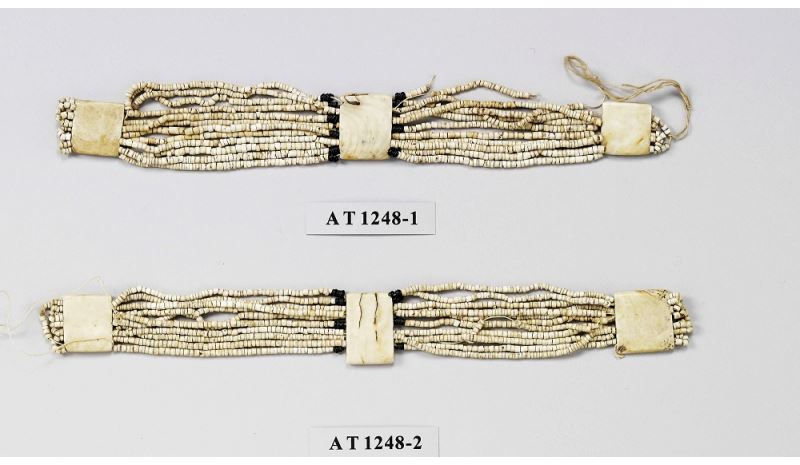