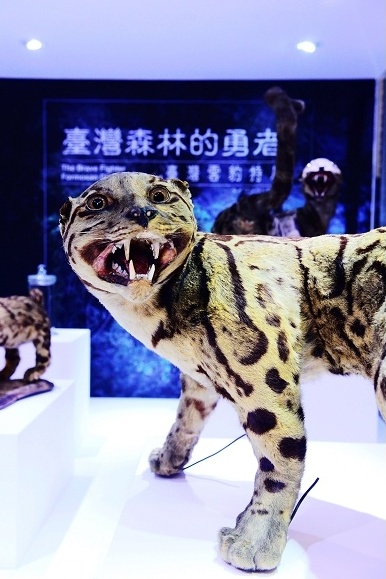 An exhibition entitled "The Brave Fighter ─ Formosan Clouded Leopard,” featuring six precious specimens of the extinct leopard species, will be on display at the National Taiwan Museum (NTM) from Dec. 3, 2013 through May 4, 2014. The exhibit includes specimens of two adult Formosan clouded leopards, one adolescent specimen, two cubs, and a fetus, which serve to thoroughly document the stages of the animal's maturation process.

Formosan clouded leopards, also known as camphor leopards that are identified by their scientific name Neofelis nebulosa brachyuran, are an indigenous sub-species in Taiwan. Once the largest carnivores in Taiwan, the leopards spent most of their time in trees, using the height as an advantage in jumping down to catch their prey. Taiwan's aboriginal peoples used to use the animal's teeth as accessories and its pelts as clothing; some aboriginal tribes also worship the animal as their ancestor or a god.

Several factors are responsible for the probable extinction of the species － poaching, trade in its pelts, which was especially prevalent during the Japanese occupation of Taiwan, destruction of its primary habitat, and elimination of its natural prey － all played a part. A live specimen has not been spotted for as long as half a century. Researchers from Taiwan and abroad installed over 1,500 cameras in the mountainous regions of Taiwan beginning in 1997, and conducted investigations for more than 13 years, but did not find any living Formosan clouded leopards. In the end, they were forced to conclude that the animal had already become extinct.

The museum aims to increase the general public's awareness of biological diversity and wildlife habitat conservation by organizing this exhibition. 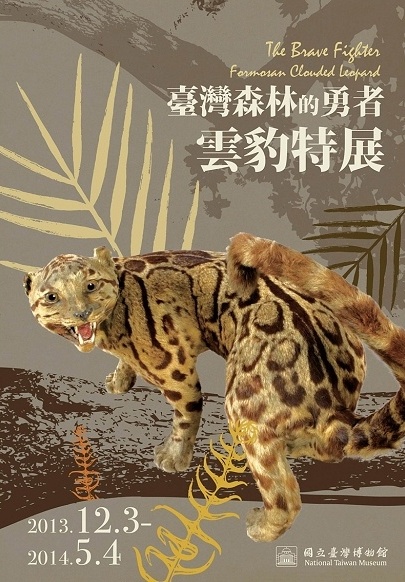