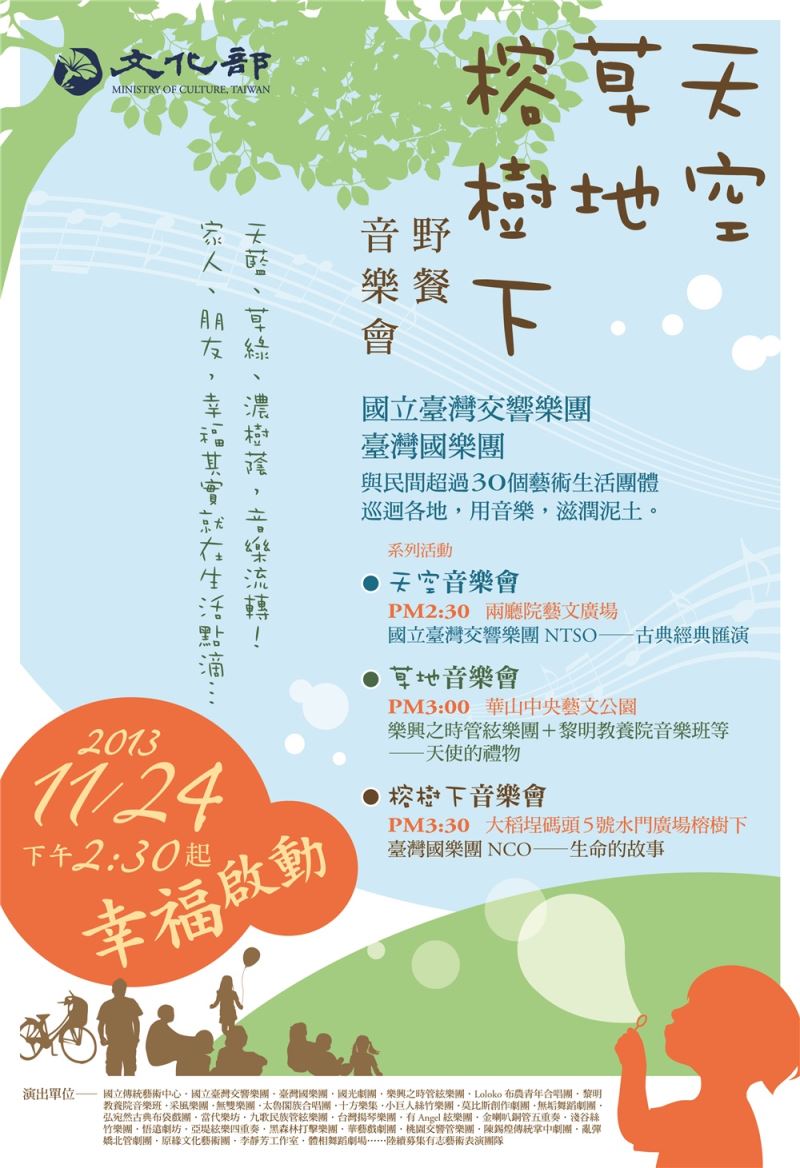 The Ministry of Culture will launch a series of outdoor concerts starting Nov. 24. The National Taiwan Symphony Orchestra (NSO), the National Chinese Orchestra Taiwan (NCO) and 30 other art groups will play music under the blue sky, surrounded by green grass and under old trees on these pleasant afternoons.

The "Sky, Grass, Banyan Tree—Picnic Concerts” series will bring the Ministry's subordinate orchestras together for the first time; private art groups will also be invited to perform in areas with fewer cultural resources.

"This will be the first cultural campaign collaborated by the public and private sectors that will integrate the previously random tours into a systematic movement. This will help bring art to the general public and to places where everyone is familiar with,” said Culture Minister Lung Ying-tai.

The "Grass Concert” series was designed by Philharmonia Moments Musicaux (PMM) Artistic Director Paul Chiang and will be performed by some 30 groups, including Loloko Bunun Youth Choir, the musical talent class of the New Dawn Care Home for the disabled, and a choir of the Turuku indigenous people. Their performances will take place on the grass in such places as the Gukeng Green Tunnel in Yunlin and Luyei Plateau in Taitung.

Moreover, the "Under the Banyan Tree Concert” series will feature the NCO's performances in townships where such musical events are seldomly held, including Baihe Township in Tainan, the Puyuma Tribe in Taitung, and Yangmei in Taoyuan.

The NSO will open the event with a concert on the piazza between the National Theater and Concert Hall on Nov. 24. Conducted by Japanese conductor Fusao Kajima, the NSO will play 10 classic pieces, including "Bolero” and "Cinema Paradiso.”

In conjunction with the opening event, another concert will be held at Huashan 1918 Creative Park in Taipei featuring the PMM and the New Dawn students, while the NCO will perform many popular folk songs from Taiwan at the No. 5 Water Gate along the Danshui River. 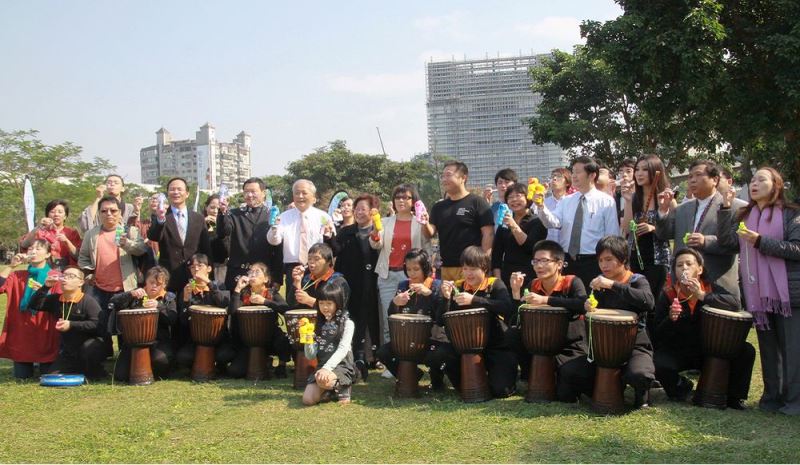