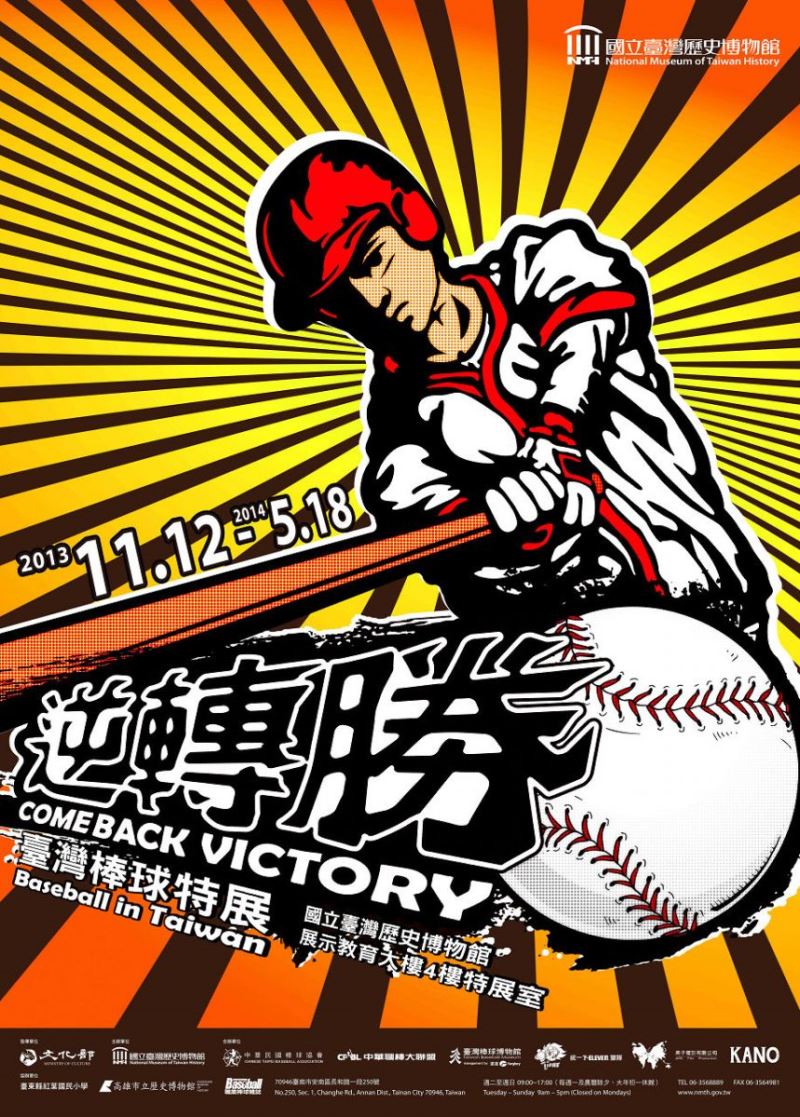 "Comeback Victory,” an exhibition on Taiwan's longstanding fascination with the baseball sport, will run for six months at the National Museum of Taiwan History in Tainan City.

Starting Nov. 12, the exhibition will trace the origins of the baseball craze in Taiwan. The sport is hailed as the nation's "national sport” and plays an important role in consolidating Taiwanese people's common identity and arousing confidence.

Kano and Hongye embody the spirit of Taiwanese baseball, in which underdog players gain the upper hand in the final moments of a game and defeat their better-equipped opponents. The exhibition title is a nod to baseball's unyielding and hard-working spirit during times of adversity.

Among the exhibited items are baseball gears from the early days, photos of Taiwanese players in overseas championships and the trophies that they've won. Video clips will play highlights of major international games and classic moments from Taiwan's very own Chinese Professional Baseball (CPB) League.