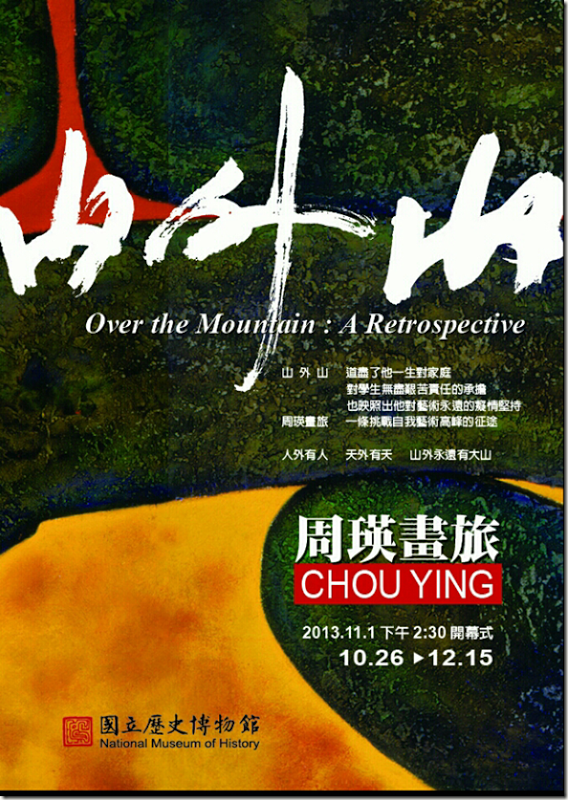 The National Museum of History exhibition titled "Over the Mountain: A Retrospective of Chou Ying” aims toillustrate the concept of cultural aesthetics that the late professor Chou Ying (周瑛)achieved through a fusion of Chinese and Western philosophy. The exhibit is being held to commemorate the great artistic professional and to show appreciation for the educator himself, as well as the paradigm he left behind.

The exhibition showcases some 150 pieces of Chou's work created at different stages of his artistic career. In addition to the print series "Ode to Stones” and "Eulogy to Wood,” the exhibition will display a group of sketches and works in other media previously unseen by the public.

These works of art, which were made between 1939 and 1948, were hidden in mainland China by the artist's brother to avoid political persecution.

Chou, who was born in Fujian Province and graduated from Fujian Normal College of Arts, taught at the Taiwan Provincial Normal School, the predecessor of the National Taipei University of Education, between 1948 and 1988.

Chou(1922 - 2011)was not only a famous print artist but also a revered educator, devoting himself to both artistic education and the art of print-making. He taught many students who have become today's famous artists, and has deeply influenced the development of modern art in the country.