The National Taiwan Museum is proud to present "Crabs,” a special exhibition held in honor of the nation's favorite crustacean delicacy.

Comprised of roughly 100 crab specimens, the exhibitionaims tohelpvisitors gain a deeper understanding of the diversity of these exoskeleton-based creatures and to provide certain trivia about some of the strangest creatures to ever roam the Earth.

Also on display are members from a unique-looking crab family-the box crab bunch. Colloquially known as "steamed bun crab” in Taiwan, the puffy and rotund crustacean is known by different names around the world, from lumpy box crab, poki poki, shame-faced crab to Darth Vader crab.

Other rarely seen crab specimens such as the Japanese giant spider crab (the biggest known living arthropod), the Chinese urchin crab (bearer of a ghastly face on its back shell), the all-powerful elbow crab (the bodybuilder of crustacean society) and the common fiddler crab (named for its disproportionably large right claw), will also be present at the exhibition. 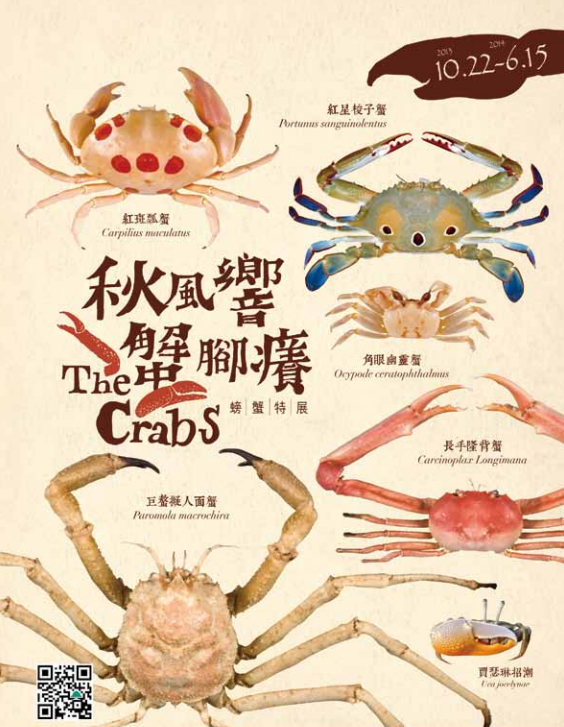