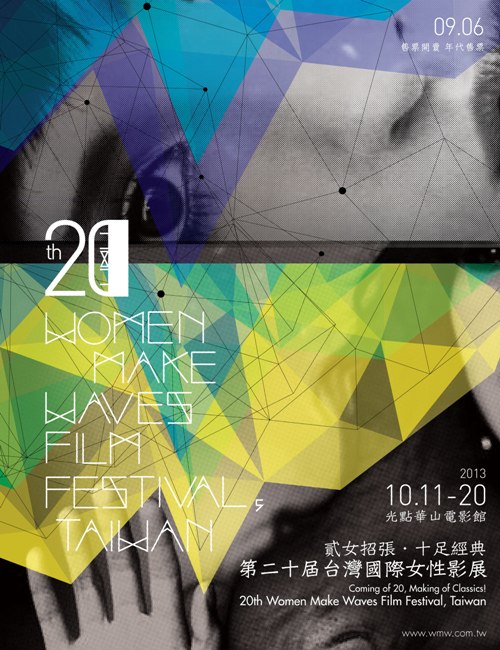 The Women Make Waves Film Festival will celebrate its 20th anniversary this year with a lineup of films from around the globe when it kicks off on Oct. 11 in Taipei.

Held under the banner 'Coming of 20, Making of Classics,' the festival will present 90 films from 30 countries, according to the National Culture and Arts Foundation.

One of the highlights of the festival will include visiting international filmmakers such as Georgian director Rusudan Chkonia, Israeli directors Orly Vilnai and Guy Meroz, and Beth B from the United States.

Chkonia's debut film 'Keep Smiling,' a black comedy about a group of girls who join a beauty pageant to improve their lives, was chosen as Georgia's entry for best foreign-language film Oscar in 2012.

Israeli Vilnai and Meroz will present their documentary 'Couple or Kids,' a record of their own journey through fertility treatment, while New York underground filmmaker B will screen her film 'Exposed,' which features eight women and men who use their naked bodies in provocative ways to criticize society.

The closing films will be Chinese filmmaker S. Louisa Wei's 'Golden Gate Girls' and Taiwanese director Weng Jing-ting's 'Love Transplantation.' The former is about the life and career of Esther Eng, a pioneering female Chinese-American director, and the latter is about two girls from Taiwan and China fighting cancer.

'We hope women from different generations can hold close dialogues at the festival,' explained Pecha Lo, director of the festival.

Reflecting on the past 20 years, Lo said the festival has been able to attract younger audiences, many of them male viewers, as time progresses.

'Gender awareness has been improving in Taiwan,' she pointed out.

The 2013 WMW Film Festival will run until Oct. 20 at the Spot Huashan cinema of the Huashan 1914 Creative Park in Taipei.