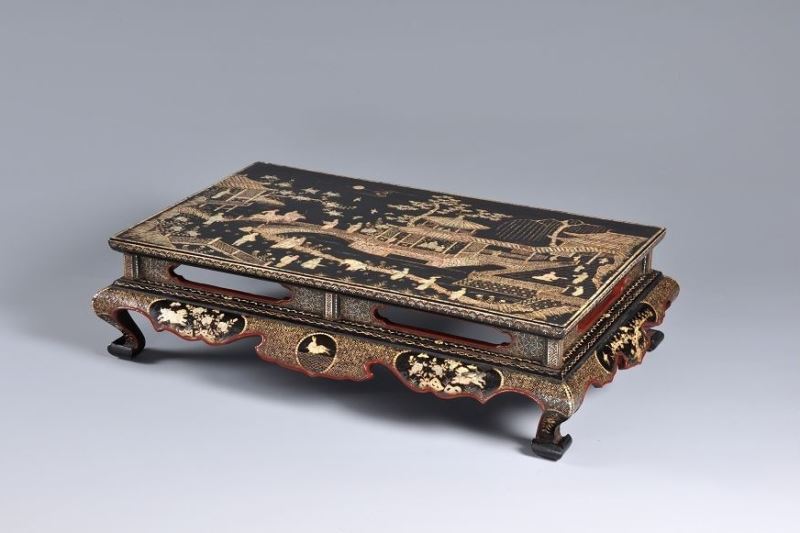 Ancient Chinese craftsmen were the first to make lacquerware. The earliest lacquer object found thus far was unearthed at a Neolithic Hemudusite dating back to 7,000 years ago.

First came "Luo Dian,” a craft genre that involves lacquerware or woodenware inlaid with shells, which were then used to decorate metal surfaces and other large-scale works.

The technique of inlaying lacquerware with shells was further developed after paint-coated, gold-gilded and silver-plated lacquer art gained popularity in the Western Han Dynasty. The craft thrived in the Tang Dynasty, with different techniques being developed later. The art form was also introduced to China's neighboring countries - Korea and Japan - thereby influencing the overall development of lacquer arts in East Asia.

As China expanded trading at sea in the 14th century, the craft of shell inlays was brought to Okinawa and Southeast Asia, resulting in influences on their local crafts and cultures. In the Ming and Qing dynasties, the craft became even more glamorous with the addition of gold and silver leafs as well as gold flakes. The art reached its peak during this period with the fusion of various traditional techniques.

To help visitors better understand the techniques and decorative patterns of shell inlays on lacquer ware, scholars and experts played a major role in curating the exhibition.

The "Tangible Splendor” exhibition will be available from Oct. 10 to Nov. 24 at the National Museum of History. 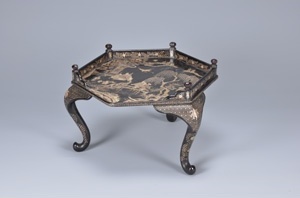