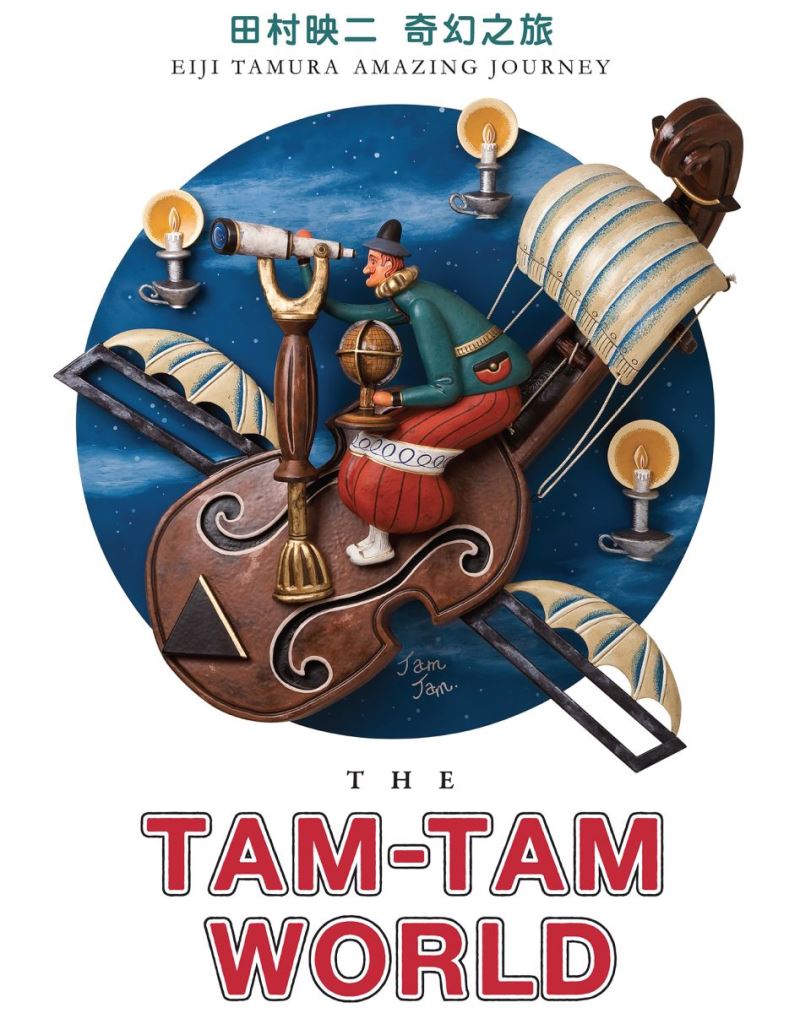 A large sculpture by Japanese artist Eiji Tamura (田村映二), featuring a Taiwanese indigenous girl of the Amis tribe, was unveiled in Taipei on Thursday ahead of an exhibition of his works in the eastern Taiwanese county of Hualien.

The colorful 2.3-meter-tall sculpture will be among more than 60 other art pieces by Tamura that will be showcased at the Hualien Cultural and Creative Industries Park, said Ron Lin, chairman of the organizing TJ-LINK Culture Info Co.

Made in Japan from a combination of materials such as styrofoam, the sculpture features a girl dressed in the traditional red-and-black Amis costume with a white headpiece. The sculpture was shipped to Taiwan for this special exhibit.

Tamura, who has visited Hualien four times, said the Amis people in the eastern county made a great impression on him during his first visit there this year, which in turn motivated him to create the Amis sculpture he affectionately calls 'Ami-chan.'

'My work reflects my childhood memories and dreams,' explained the 57-year-old artist, who added that he hopes Taiwanese audiences will experience a sense of 'joy' after viewing his art.

The Japanese artist is known for using computer technology in his paintings. He said he paints the backgrounds by hand but uses digital imaging of real-life objects to create the focus of the paintings.

Eiji Tamura's 'Tam-Tam World' exhibition will run for a year at 'a-zone,' the official title of the creative park in Hualien. A hall in the park has been specially designed to display Tamura's works of art and posters he designed jointly with another Japanese artist.

'We hope the exhibition can help unleash the imagination of children in eastern Taiwan,' Lin said, concluding that 'the 'Tam-Tam World' can become a place for cultural exchanges between Taiwan and Japan.'

During the press conference, the artist also tearfully thanked Taiwan for its assistance to Japan after the March 11 earthquake and ensuing tsunami in Japan in 2011. He then held up a sheet of paper on which he had written 'Thank You Taiwan' in Chinese characters.

The one-year special exhibition at the Hualien "a-zone” will kick off on July 23. You can follow the event on Facebook here. 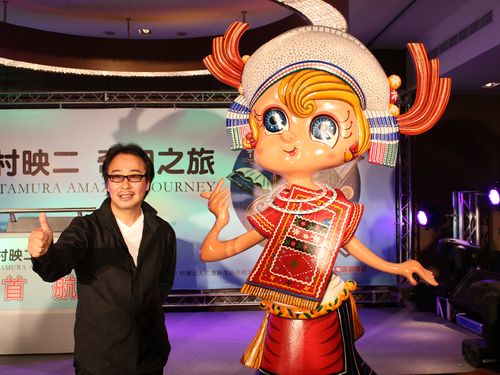